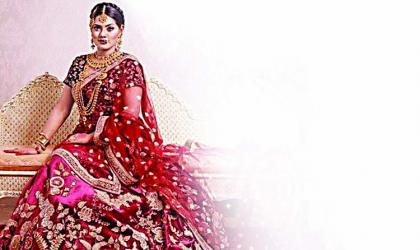 Entertainment Desk
Two-time National Film Award winning actress Nusrat Imrose Tisha is going to make her debut as a film producer.Tisha will co-produce the upcoming film ‘No Land’s Man’ along with Mostofa Sarwar Farooki, Nawazuddin Siddiqui, New York-based filmmaker and producer Shrihari Sathe and director of the Square Group Anjan Chowdhury.
The film will be directed by Farooki, also the writer of ‘No Land’s Man’. The film won the APSA-MPA script development fund in 2014. The film will revolve around a South Asian man who gets into trouble after meeting an Australian girl in the USA.
Bollywood actor Nawazuddin Siddiqui and Australian actor Megan Mitchell are expected to play lead roles in the film.
‘I am looking forward to make my debut as a film producer. No Land’s Man is a big budget film. It will be a great learning experience for me,’ said Nusrat Imrose Tisha.
Tisha, one of the most popular faces of entertainment industry, started her acting career through the drama ‘Shat Prohorer Kabbo’ in 1998.
She made her film debut with ‘Third Person Singular Number’ for which she was awarded Meril Prothom Alo Award in Best Film Actress (Critics’) category.
Tisha recently won 2017 National Film Award as Best Actress for her role in Tauquir Ahmed directed ‘Haldaa. Previously she won the National Film Award for her role in Anonno Mamun’s Ostitto in 2016.
When asked about her recent ventures, Tisha said, ‘Now-a-days I am busy with web series. I am also working on women empowerment issues. Besides, I am spending more time with my family. I am taking care of my parents and in-laws. I will become busy again by the end of this year or at the beginning of next year.’
Tisha is going to act in Dipankar Dipon’s upcoming film Dhaka 2040, where she will play the character named Shapla. The shooting for the film is going to start in January 2020. Besides Tisha, Nusraat Faria Mazhar, ABM Sumon, Bappy Chowdhury and others will act in the film.