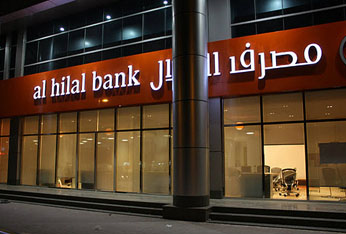 Abu Dhabi’s Al Hilal Bank has uncovered internal fraud worth more than Dhs500m ($136m), according to reports Friday.
Employees of the Islamic institution have been accused of withdrawing funds from dormant customer accounts.
The funds were transferred from Al Hilal accounts to bogus accounts before being withdrawn, according to the sources.

Abu Dhabi’s Judicial Department told the publication in an emailed stated that 38 people of Asian and European descent were arrested last summer for the “unlawful confiscation” of Dhs635m ($172.8m) from a UAE bank, which was not named.
Individuals including bank employees are now on trial after police were able to retrieve Dhs625m ($170.1m) of the money taken. –ME website