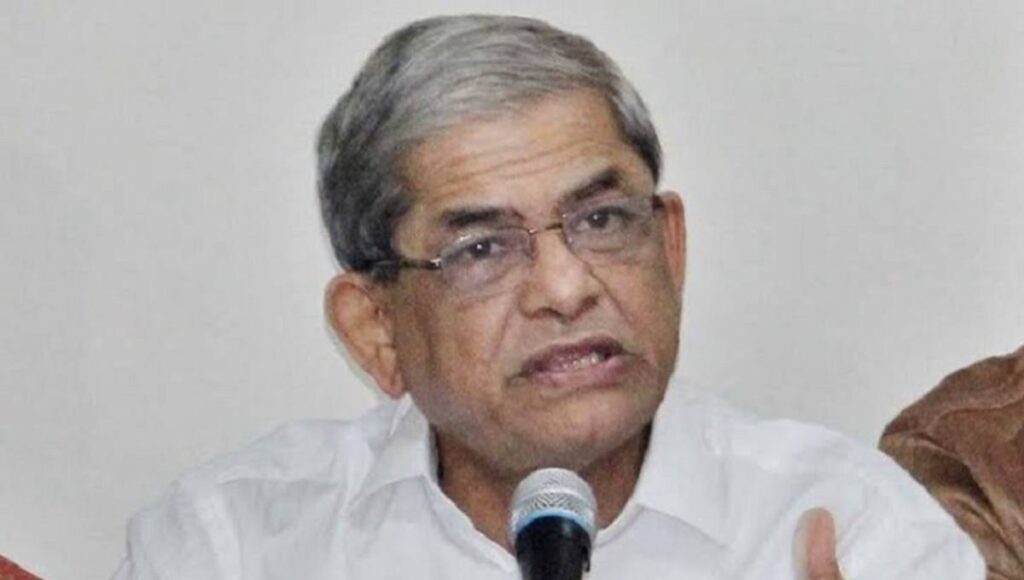 “No-one now needs to talk about Awami League’s misrule, corruption and repressive acts. The leaders of Awami League, Jubo League and Chhatra League are now exposing their corruption. Awami League itself has proved that they’re plundering the wealth of the people of Bangladesh,” he said.

Speaking at a human-chain programme, the BNP leader said Chhatra League president and general secretary were removed for demanding their ‘fair share’ of Tk 86 crore. “Awami League plunged the country into such an anarchic situation that a university VC has also got involved in bribery.”

Fakhrul said Dhaka University students are now on a movement demanding the removal of its VC as he has indulged in corruption by admitting students without any test while the students Gopalganj Science and Technology University are demonstrating seeking the removal of their VC for his involvement in immoral acts. “The current illegal government has chosen the worst people and appointed them to the post of VCs.”

Referring to media reports, he said 60 casinos are now in Dhaka city run by Awami League and Jubo League leaders. “They’re caught by themselves.”

Fakhrul also said the government has failed to deliver on all fronts as it is not elected with people’s votes. “People have now started realising that they won’t get justice and security of their lives as long as Awami League remains in power. The country’s situation turned so worse that minor girls are being raped and killed, but no-one is facing trial.”

He said their party Chairperson Khaleda Zia’s health condition is so critical that she is unable to walk and move without anybody’s help, but she is getting proper treatment.

The BNP leader said they have long been demanding their chairperson’s release from jail for her better treatment, but the government is not paying heed to it. “She deserves to get freed on bail and it is her justified right.”