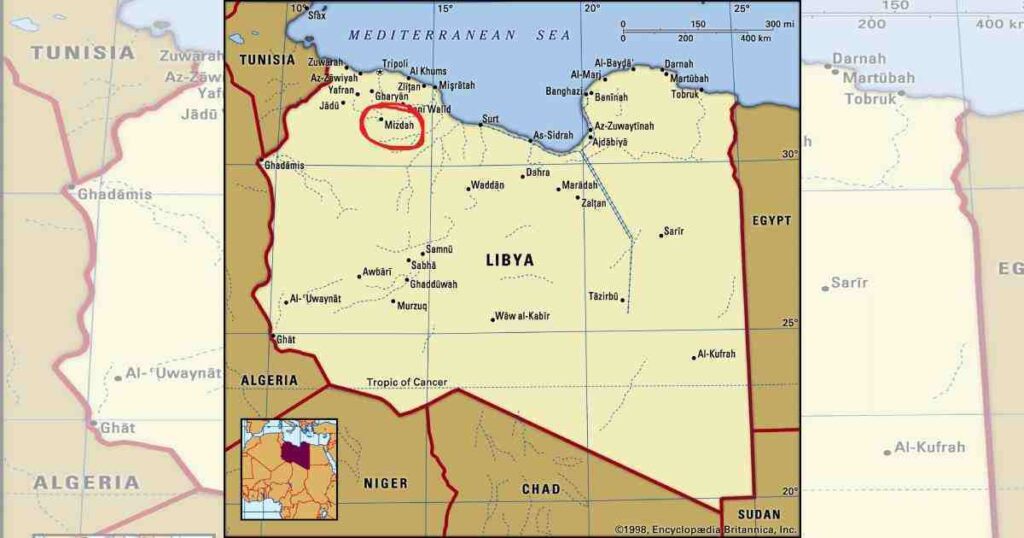 Warlord Haftar’s militiaman Khaled Al-Mishai, who was allegedly responsible for the killing of 26 Bangladeshis and four African migrants in Mizda town, was killed in a drone strike by the Libyan Air Force.

Libyan English daily The Libya Observer made the announcement in a tweet on Wednesday.No other details were immediately available.

Human traffickers killed 30 migrant workers, including 26 Bangladeshis, in Libya on May 28. The tragedy occurred in a smuggling warehouse in Mezda, near the city of Gharyan, southwest of Tripoli.

In Bangladesh, three separate cases were filed against 14 people in Madaripur. On June 1, Rapid Action Battalion (Rab) members arrested the ringleader of a human trafficking gang from Khilbarirtek of Shahadatpur area in the city in connection with the killings.

The arrestee was identified as Kamal Hossain alias Hazi Kamal, 55. He was involved in sending around 400 Bangladeshis to Libya illegally over the last 10-12 years.

Though Bangladesh communicated with the International Organisation for Migration (IOM) for arrangements of the bodies of 26 people, the victims were ultimately buried in Libya.

Bangladesh sought compensation for their families and sought information on the human traffickers and demanded punishment of those involved in human trafficking and killing.

On Saturday, Bangladesh released names of 23 of those killed.The Ministry of Foreign Affairs, with information from Bangladesh Embassy in Tripoli, also provided the identities of the injured.