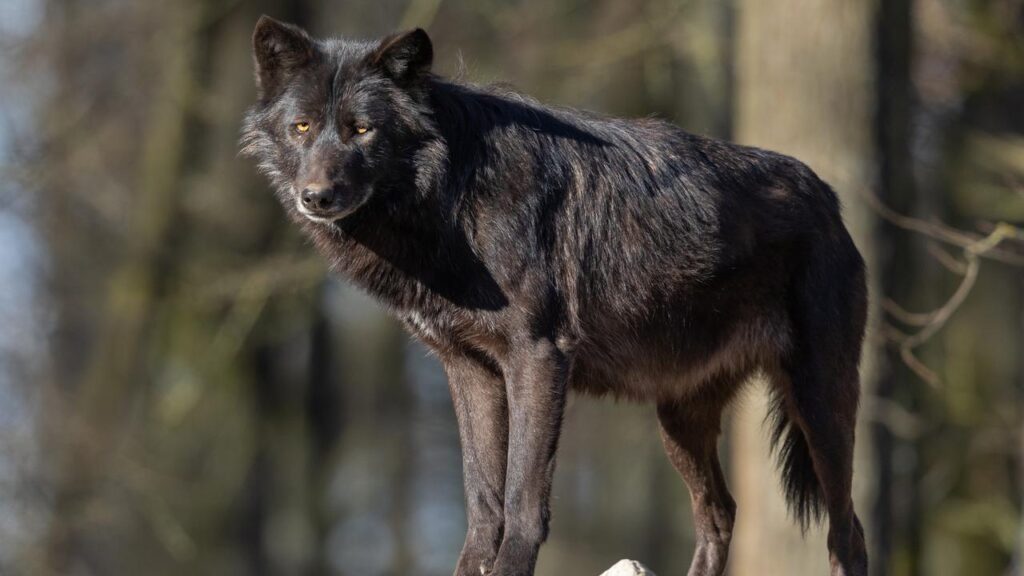 Toronto, Aug 16 (AP/UNB) — A wolf attacked campers at Banff National Park and tried to drag an American tourist away before being driven off, the agency overseeing Canada’s national parks says.Parks Canada said this week that the very rare attack by an older wolf in poor health occurred Aug. 9 at the Ramparts Creek campground north of Lake Louise in Alberta.
Jon Stuart-Smith, a wildlife specialist for the agency, said Thursday it was the first time someone has been attacked and injured in a wolf attack at a national park in Canada.
He said the New Jersey man was camping with his wife and two children and heard noises his tent around midnight. Thinking it could be a bear, the man tried to scare the wolf off by making noise, but when that didn’t scare it off he poked the side of the tent and the wolf bit him through the tent.
Stuart-Smith said the wolf repeatedly bit the man, ripped the tent open and started to pull him out. A neighboring camper heard the noise and ran over and kicked the wolf, which then fled, he said.
The man suffered hand and arm injuries and was hospitalized. Stuart-Smith said the man and his family have since returned home to New Jersey.
A Facebook post by the man’s wife says “it was like something out of a horror movie.”
Elisa Rispoli said her husband, Matthew Rispoli, threw himself in front of her and the children and fought the wolf as it tore apart the tent. She called her husband their hero and the man who helped their guardian angel.
“I cannot and don’t think I’ll ever be able to properly describe the terror,” she wrote.
The family could not be reached Thursday, to confirm the posting or provide further comment.
Stuart-Smith said a wildlife officer found the wolf about a mile away the campground and killed the animal after he got out of his vehicle and it started to approach him.
“It’s very unusual behavior,” he said.
The results of a necropsy confirmed that the wolf was the same one involved in the attack, he said.
“The animal was in very poor health — it was very emaciated, it was only 78 pounds (35 kilograms), whereas an adult male wolf could be 150 pounds (68 kilograms) or more,” Stuart-Smith said. “Its teeth were very worn.”
A rabies test on the animal was negative, he added.
He said the condition of the wolf could explain why it was aggressive.
“It was unable to take down larger prey and probably struggling to find food, and we think this is why it investigated the tent,” Stuart-Smith said.
But he stressed that wolf attacks are extremely rare.
Stuart-Smith said the family did everything right.
“They had no attractants in their tent. They were very bear aware so they were very careful to manage their campsite properly,” he said.
“They did follow what our recommendations would be in a … rare situation where someone is attacked by a wolf: to fight back.”
The campground, which was closed immediately following the attack, reopened Monday.