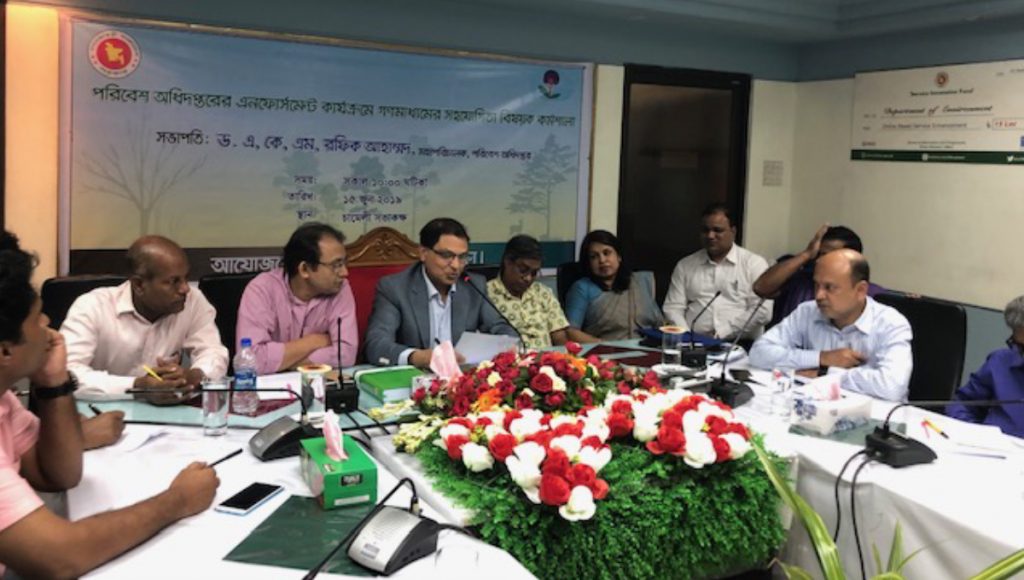 Dhaka, June 15 (UNB) – Director General Dr AKM Rafique Ahammed of Environment Department (DoE) urged the mainstream media to focus more attention and coverage to the garbage dump growing in a landfill in Amin Bazar, on the capital’s outskirts that would pollute the rivers around it.

Expressing grave concern, he said ahead of monsoon, the wastage dumping landfill would pollute the river seriously as it could be washed away and get mixed with water.

He made this remark while attending a programme titled “Workshop on Media aid for Enforcement Activities” at the Environment Department’s premises in city’s Agargaon on Saturday.

The director general said financial penalty or fine is not the ideal solution of environment develop. That will be possible after creating mass awareness on environment.

The city produces more than 5,000 metric tonnes of wastage per day whereas DNCC produce 3,500 metric tonnes.  There have two wastage landfills in city’s Amin Bazar and Matuail. It is mandatory to take license from environment department to establish this type of landfill but the DNCC doesn’t follow it.

Thousands of city dwellers of Amin Bazar landfill area have been suffering from serious environment pollution for long. The Environment Department served several notices to DNCC but it doesn’t take any measures in this connection, according to the workshop.

Meanwhile, the government is expanding the landfill stations of Dhaka city as the garbage management of this mega city is becoming a big challenge day by day.
“The wastes of Dhaka city are increasing enormously as their nature is also changing. It has become a challenge for us for managing these huge wastes,” Local Government Division Minister Md Tajul Islam said while responding to a tabled written question from ruling party MP of Chittagong M Abdul Latif.
The minister said currently the wastes produced in Dhaka North City Corporation are being dumped at Aminbazar landfill while the garbage of Dhaka South City Corporation is at Matuail Sanitary landfill.
As there is no adequate space in these two landfills, a project titled ‘Matuail Sanitary Landfill Expansion and Land Development’ at a cost of Tk 724.49 crore is under implementation, he said.
Another project titled ‘Aminbazar Landfill Expansion and Modernization’ worth Tk 826.80 crore has been prepared.
Yet another project proposal has been prepared to set up a new modern landfill station on 118 acres of land in the expanded area of Dhaka North City Corporation, Nasirabad. “Hopefully, these projects will be approved,” he said.
Bangladesh is a densely populated country where there is a scarcity of land, he said adding, “So, instead of creating landfills, steps have to be taken to implement environment-friendly project ‘Waste to Energy’,” he said.