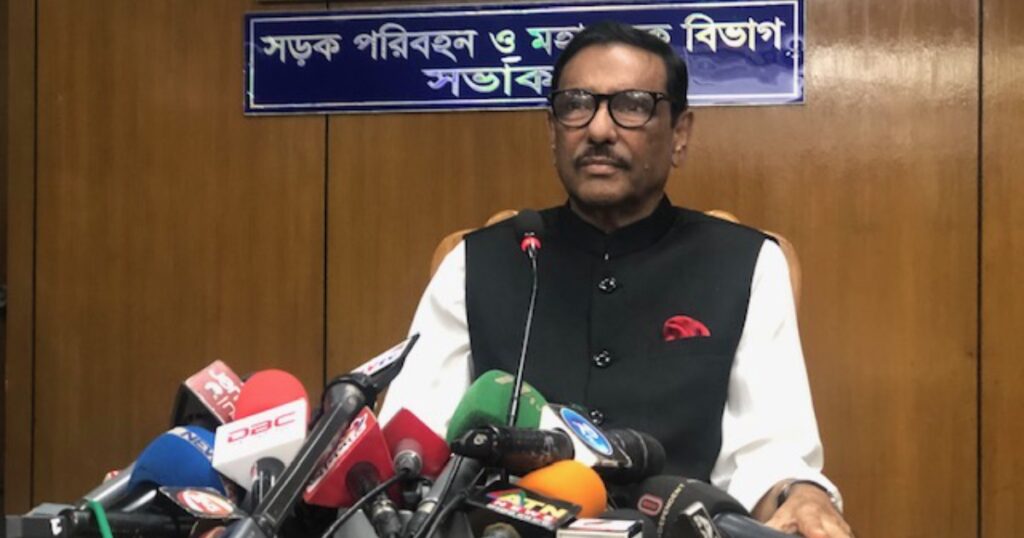 Awami League General Secretary and Minister for Road Transport and Bridges Obaidul Quader said the drive Prime Minister Sheikh Hasina started against irregularities and corruption in the party will continue in the future.

Bangladesh Awami League a disciplined political party, Obaidul Quader said adding , “No irregularities or corruption are tolerated by the party. Organizational steps are being taken as soon as any allegation is found ture.”

He made the remarks while speaking at a briefing at his official residence here this morning. There is no chance to commit crimes in Awami League using the political identity, Quader said adding that the identities of the culprits is culprit to its president Sheikh Hasina.

Obaidul Quader said that the huge achievement sof the government could not be allowed to be fade sway due to the crimes of a few people.

He said the main goal of the Awami League, a strong and people-oriented organization, is to establish understanding among its different units, stalemate is created in the organization if there is lack ofof coordination and harmony.

Awami League general secretary Obaidul Quader said the recent dismissal of presidents and general secretaries in two districts was a message from the party chief to the grassroots.

He also said that the internal discipline of the party is being considered seriously now. He said that the activities of those who are currently as performing duties as public representatives at different levels are also being closely monitored.

Quader called upon the leaders and workers of Awami League and its allied organizations at all levels to strengthen Sheikh Hasina’s hand by abiding by the organizational discipline and following the ideals of Bangabandhu.