Managing water resources effectively is becoming increasingly critical in Asia and the Pacific, with its fast-paced economic development, population growth, and changing climate.Accelerating urbanization means that about 2.5 billion people or more than half of the region’s population, will be living in urban areas by 2030. The region is home to about 563 million urban slum dwellers, challenging municipalities’ abilities to provide basic services. At the same time, agriculture is expanding with irrigated smallholder farms receiving on average 80% of Asia’s freshwater.
The Asian Water Development Outlook (AWDO), a flagship periodical publication by the Asian Development Bank (ADB) and the Asia-Pacific Water Forum, describes in detail the water security status of Asia and the Pacific since 2007 and highlights critical water management issues facing the region. This 2020 fourth edition provides is strongly aligned with the Sustainable Development Goals.
Serious water constraints
As AWDO 2020 describes, despite the economic and development achievements in Asia and the Pacific (home to 60% of the world’s population), about 300 million in the region still have no access to safely managed or basic water services such as drinking water, and 1.2 billion lack adequate sanitation.
Poor access to water and sanitation disproportionally impacts vulnerable groups, who are particularly susceptible to external economic shocks and infectious diseases such as the coronavirus disease (COVID-19).
Of the 49 ADB members from Asia and the Pacific, 27 face serious water constraints on economic development, and 18 are yet to sufficiently protect their inhabitants against water-related disasters.
Asia and the Pacific is the most disaster-affected region in the world, home to more than 40% of disasters and 84% of people affected. Major cities along the coastlines are becoming increasingly vulnerable to climate change risks and disasters—flood events, sea-level rise, and droughts—threatening lives, livelihoods, and public health and generating huge economic losses.
“Over the last few decades, Asia and the Pacific has achieved impressive economic growth and gains social welfare with a tangible increase in water security,” says Tom Panella, Chief of ADB’s Water Sector Group, tasked with producing this fourth edition of AWDO. “Integrated water resources management, good governance and human capital development remain vital to support inclusive economic growth and increase overall social well-being in Asia and the Pacific, especially in the wake of COVID-19.”
Tracking water security
Water security as defined in AWDO 2020 is the availability of an adequate quantity and quality of water to ensure safe, affordable, equitable and inclusive water supply and sanitation together with sustainable livelihoods and healthy ecosystems and manageable water-related risks. Operationalizing water security will help foster resilient rural–urban economies in Asia and the Pacific. The AWDO measures water security across five key dimensions (KDs)—rural household water security, economic water security, urban water security, environmental water security, and water-related disaster security.
Water security is expressed in scores, calculated for each KD based on publicly available data on various indicators. The scores of all five KDs are added to form the multidimensional national water security score. Based on the aggregated scores, five key stages of national water security were identified progressively from nascent up to engaged, capable, effective, and model.
Key findings of AWDO
National Water Security. The number of ADB members in the nascent and engaged stages cumulatively decreased from 30 to 22, while the number of ADB members in the capable and effective stages increased from 19 to 27. This reflects an overall upward trend for the region.
KD1: Rural Household Water Security. All regions show steady progress in improving rural household water security. East Asia and Southeast Asia perform well, while Pacific and South Asia lag behind. Twenty-three ADB members are still in the nascent and engaged stages (compared with 28 in 2013). The number of ADB members in the effective and model stages has increased from 7 to 13.
KD2: Economic Water Security. All other regions also show good progress except the Pacific, where eight ADB members are still in the nascent stage. With 32 ADB members still in the nascent and engaged stages, 2.1 billion people face serious limitations in their economic activities due to insufficient water management.
KD3: Urban Water Security. The level of urban water security has remained about the same during 2013–2020. Urban water security in East Asia has nearly reached the same level as the advanced economies. The Pacific region is lagging. Seven ADB members are still in the nascent stage, while 18 are in the engaged stage.
KD4: Environmental Water Security. KD4 shows a mixed picture. On the one hand, the number of ADB members in the capable and effective stages has increased from 20 in 2013 to 31 in 2020. On the other hand, 18 ADB members are still in the nascent and engaged stages. Southeast Asia scores well and is nearly at the same level as the Advanced Economies, with the Pacific region scoring above average. South Asia is trailing other regions.
KD5: Water-Related Disaster Security. All regions, show good progress in water-related disaster security, except for South Asia, which experienced some major droughts in the last 10 years, which influenced their score negatively. In 2020, 18 ADB members are still in the nascent and engaged stages, slightly down from 20 in 2013.
The financing needs to achieve water security are enormous. ADB estimates the investment needs for water and sanitation to be on average $53 billion per year up to 2030, of which about one third will be needed from the private sector.
Good governance is a critical enabling factor to advance water security in the region with sustainable impacts on the ground, leaving no one behind. “Achieving water security for all ADB Asia and the Pacific members requires robust public policies across all levels of government, a clear allocation of duties among responsible authorities, as well as regular monitoring and evaluation mechanisms,” AWDO concludes. “At the same time, adequate financial means should be made available to implement the needed institutional and technical interventions, which require appropriate enabling environments to make the best use of available water resources, water-related assets, and financial sources.”
– Asian Development Bank 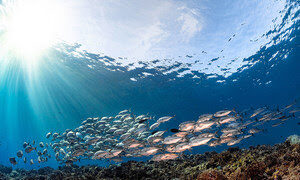 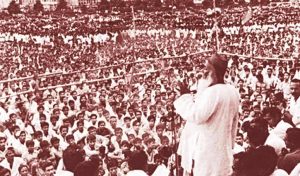