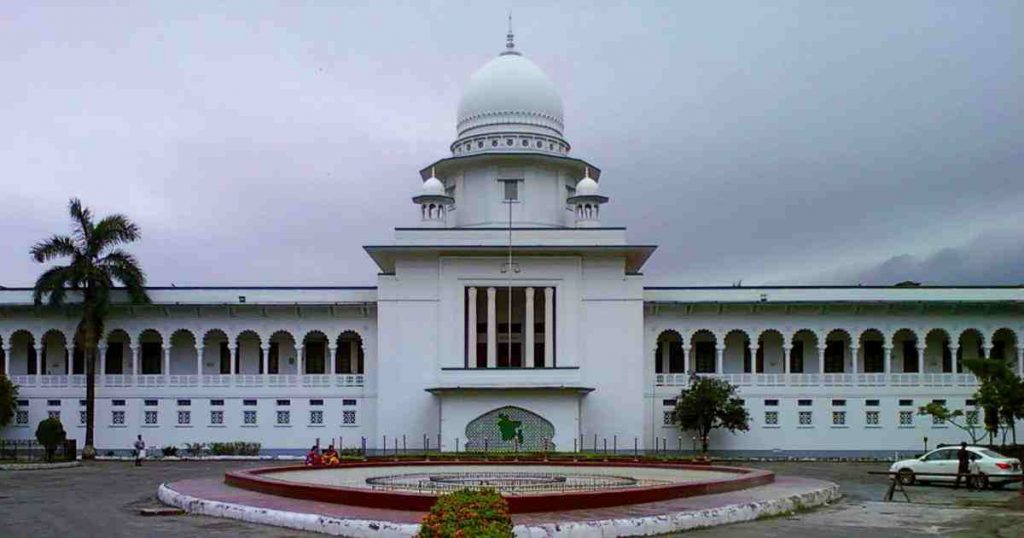 Dhaka, May 27 : The Appellate Division of the Supreme Court stayed a High Court order that had granted a four month bail to seven accused in a case filed over the attack on then opposition leader Sheikh Hasina’s motorcade in Satkhira in 2002.Chamber Judge of the division Justice Hasan Fayez Siddiqui stayed the order until May 30 in response to a petition filed by the state.
The court also fixed Sunday (May 30) for a full bench of the Appellate Division to hear the bail petition.
Attorney General AM Amin Uddin and Additional Attorney General SM Munir represented the state in the court while Barrister Mahbub Uddin Khokon appeared for the accused.
SM Munir confirmed the developments to media
Earlier on Tuesday the HC bench of Justice Mostafa Zaman Islam and Justice Iqbal Kabir granted four months bail to seven accused in the case.
Sheikh Hasina’s motorcade was attacked on 30 August 2002 in front of the Kalaroa Upazila BNP office in Satkhira.
A case was filed by Kalaroa Upazila Freedom Fighter, Commander Moslem Uddin on the same day over the matter, reports UNB.