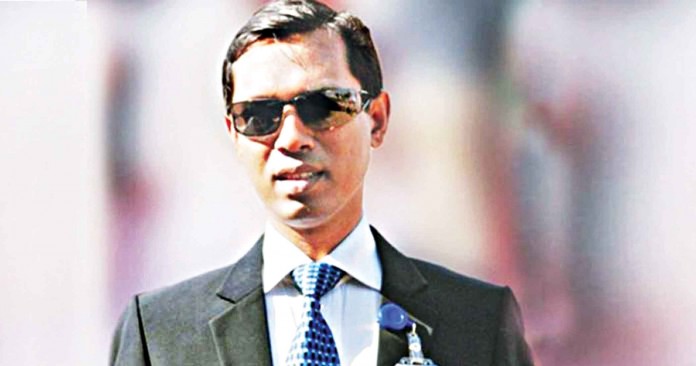 Chattogram, May 29 :  Chattogram’s former police superintendent Babul Akter, who is under arrest in a case filed over his wife Mitu’s murder, has been sent to Feni district jail Saturday. Chattogram jail authorities have confirmed the handover to UNB.
Jailer Dewan Tariqul Islam said following an order from the higher authority Babul Akter was handed over to Feni jail.
“There is no significant reason for his transfer, it’s just where authorities want him to stay,” he said.
On May 17, after a 5-day remand Babul was produced before the court for giving a confessional statement under Section 164 of the Code of Criminal Procedure.
Later he changed his mind and the court sent him to jail.
Since, Babul Akter was staying in Chattogram jail.
On May 12, PBI detained Babul Akter following an investigation that gave them clear reasons to believe he was involved in his wife’s murder.
In the case statement, his father in law Mosharraf claimed that Babul had his wife killed over extra marital relationship.
The other accused in the case are—Musa, Kalu, Ehteshamul Bhola, Munir, Saidul Islam Shikdar alias Sakku, Shahjahan, Anwar and Wasim.
On June 5, 2016, unidentified assailants gunned down Babul’s wife Mitu at the port city’s GEC intersection while she was going to drop her son Mahir Akhter, 7, for his schoolbus, reports UNB.