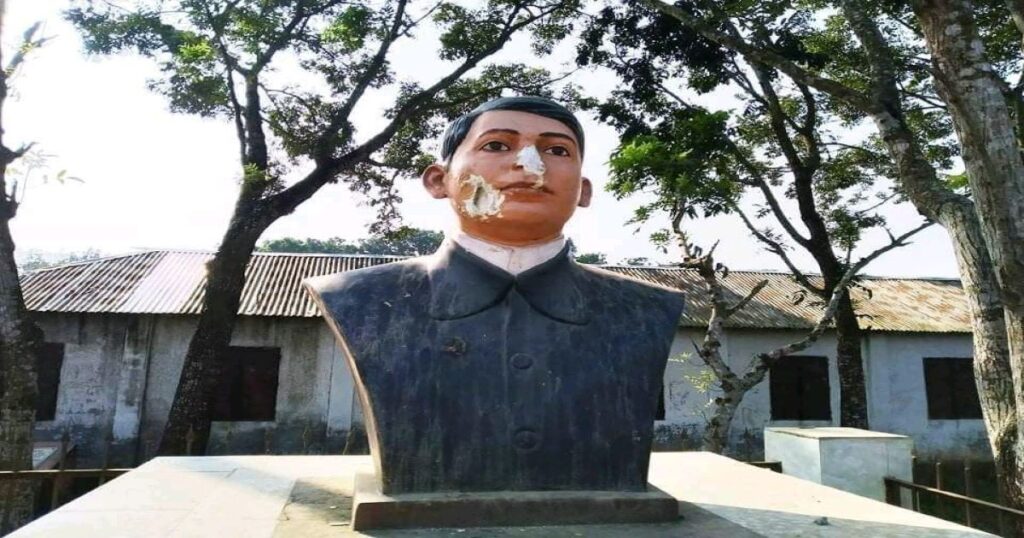 The arrestees were identified as Kaya union Jubo League President Anisur Rahman Anis, 35, Sabuj Hossain, 20, and Hridoy Ahmed, 20.
Kushtia Superintendent of Police Tanvir Arafat confirmed this on Saturday saying: “They were arrested in drives conducted, across Kushtia, throughout the night.”
“Also, another accused – 32-year-old Bachchu – is on the run and the law enforcers are trying to arrest him.”
The vandalism of Bagha Jatin’s sculpture, installed at Kaya College campus in Kumarkhali, took place following an internal feud between Anisur and the college authority, Tanvir said.
Miscreants vandalised the sculpture of Jatindranath Mukherjee, popularly known as “Bagha Jatin,” late Thursday night.
They damaged the nose and parts of the right cheek of the sculpture, police said.
Earlier, Bangabandhu’s unfinished sculpture, at the five-road intersection of Kushtia city, was smashed on December 4, sparking countrywide protests. The face and hands of the sculpture were damaged. – UNB