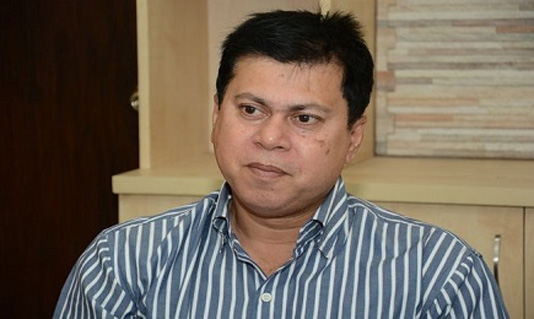 DHAKA—Bangladesh chief selector Minhajul Abedin Nannu revealed that the players are confident enough to do well against Sri Lanka in three-match ODI series, shrugging off the disappointing New Zealand tour, since they will have the home advantage this time around.

“We always play better cricket in the home series and I hope we’ll keep up that trend,” the chief selector said in a recorded video message sent by the Bangladesh Cricket Board (BCB) today.

He made this comment after announcing the 15-member team of Bangladesh for the first and second ODI against Sri Lanka.

“We couldn’t do well in New Zealand. But since we’ll play at home against Sri Lanka, the players look confident. We are also confident.”

The Minhajul-led selection panel didn’t bring up much changes to the ODI side from the one which played against New Zealand. Since that was away tour in Covid-19 time and also included three T20 Internationals, Bangladesh’s contingent was big.

But the selectors dropped some players like Nazmul Hossain Shanto, Nasum Ahmed, Al-Amin Hossain while Naim Sheikh found his place as stand by player. But the most important aspect was the return of Shakib Al Hasan who skipped the New Zealand tour due to being with his wife who was expecting their third child at that time.

“We had played well against the West Indies at home and won that by 3-0. We want to continue that winning trend and hence we didn’t bring up much changes to the side. Everyone is in the team and I hope we’ll play better against Sri Lanka too,” he remarked.

“Team’s shape looks good when a player like Shakib returns to the squad. They play a practice game. And if all remain confident, I think the series will be good for us. We are in fact expecting a good series,” he added.

Minhajul, also the former skipper of Bangladesh, said due to the Covid-19 pandemic they kept four players stand by in this series.

“We have announced a 15-member squad for this series and there are four players—Naim Sheikh, Taijul Islam, Shohidul Islam and Aminul Islam Biplob in stand by. Since we are playing this series in the time of Covid-19 so in case of an emergency, any player can be used. Those four players will be with the team bubble,” he concluded.BSS