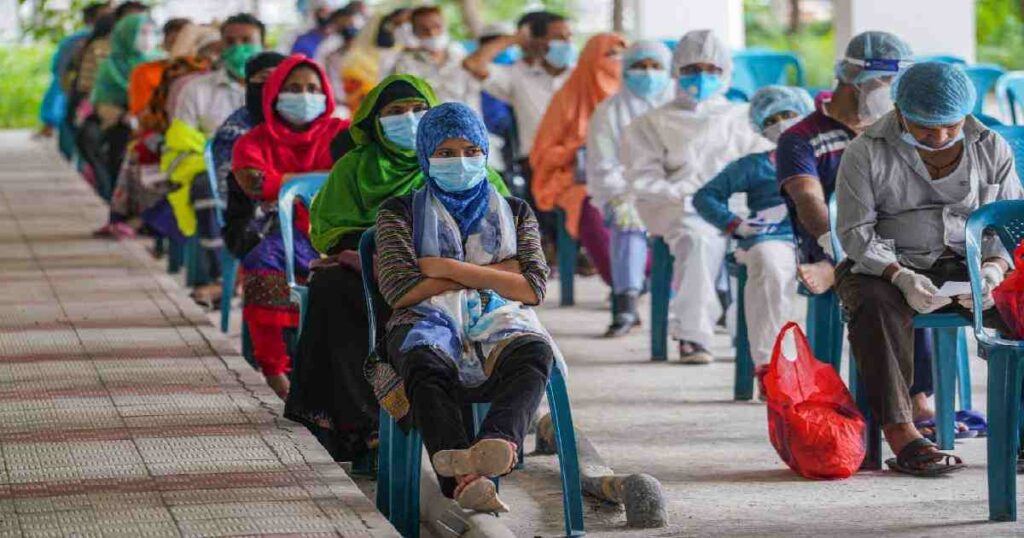 Dhaka, Aug 07 – The officially confirmed coronavirus cases soared to 2,52,502 on Friday with the detection of 2,851 new cases in the last 24 hours until morning. The health authorities reported 27 new deaths, taking the local tally to 3,333.
Bangladesh reported its first cases on March 8 and the first death on March 18.
Labs around the country have tested 12,37,823 samples so far – 12,699 of them in the last 24-hour. The overall detection rate against the number of cases is 20.4 percent.
Across hospitals and homes, 1,760 patients recovered in a day, pushing up the recovery number to 1,45,584. The recovery rate is 57.66 percent.
Among the total detected cases, 71 percent are male and the rest female.
Additional Director General of the Directorate General of Health Services (DGHS) Prof Dr Nasima Sultana came up with the data at the regular briefing.
All the newly deceased are aged above 40 years. “Four are between 41 and 50 years, six between 51 and 60, 12 between 61 and 70, four between 71 and 80 and another aged between 81 and 90 years,” Dr Nasima said.
She noted that people aged above 60 years account for over 40 percent of total deaths.
Only 0.54 percent of total deceased are aged below 10 years, 0.99 percent between 11 and 20 years, 2.61 percent between 21 and 30, 6.42 percent between 31 and 40 years, 13.86 percent between 41 and 50 years, 28.59 percent between 51 and 60 years, and 46.98 percent are aged above 60 years.
In the last 24 hours, Dhaka division saw 13 new deaths while five died in Khulna, two in Rangpur and one in Barishal division. Chattrogram and Rajshahi divisions recorded two deaths each.
Dr Nasima urged the people to turn up for testing especially due to gatherings in Public Transports and cattle markets during the occasion of Eid-ul-Azha.
Meanwhile, 18,651 people are in currently in isolation while 52,609 are home and institutionally quarantined in the country.
Global cases surpass 19 million
Meanwhile, the officially confirmed Covid-19 cases surpassed 19 million with more than 700,000 deaths, according to the Center for Systems Science and Engineering (CSSE) at Johns Hopkins University.
The United States has suffered the most from the pandemic, with 4,881,974 cases and 160,090 fatalities. It is followed by Brazil with 2,912,212 cases and 98,493 deaths, the tally showed.
India’s confirmed coronavirus cases crossed two million while the death tally stood at 41,000 as of Friday.
India has the third-highest caseload in the world after the US and Brazil although India’s health ministry also reported recoveries as a share of total cases are also growing.
The world’s largest vaccine-maker, the Serum Institute in the central city of Pune, has ramped up capacity to manufacture as many as a billion doses of a vaccine in development by AstraZeneca and the University of Oxford, which is in phase two trials in India and England, and phase three trials in Brazil and South Africa. – UNB