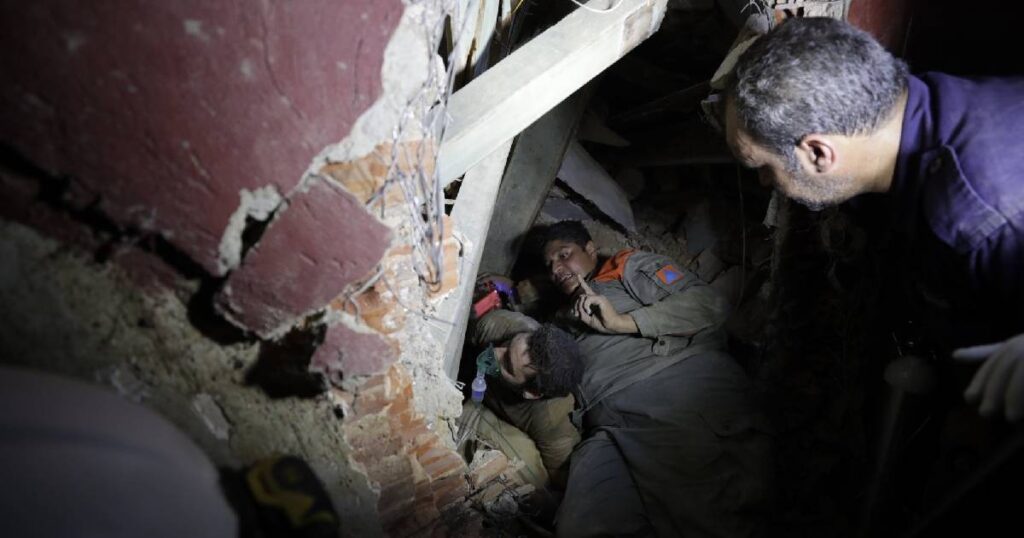 Beirut, AP/UNB, Aug 07 – Rescue teams were still searching the rubble of Beirut’s port for bodies on Friday, nearly three days after a massive explosion that ripped through Lebanon’s capital, killing about 150 people and wounding thousands. At least four more bodies were recovered in the last 24 hours, and authorities say the death toll has risen to 149. At least four Bangladeshis were killed in the blast and 21 members of Bangladesh Navy were injured.
The blast destroyed a large grain silo and neighbourhoods near the port and left several city blocks littered with glass and rubble.

The blast was apparently caused by the ignition of 2,750 tons of ammonium nitrate, a chemical used for explosives and fertiliser that had been stored at the port since it was confiscated from an impounded cargo ship in 2013.
The government has opened an investigation as it has come under mounting criticism, with many Lebanese blaming the catastrophe on negligence and corruption.
Damaged hospitals, already strained by the coronavirus pandemic, are struggling to deal with the wounded.
The investigation is focusing on port and customs officials, with 16 employees detained and others questioned.
A worker of Beirut Port, who went missing after the huge blast in the Lebanese capital, was found alive at sea on Thursday, nearly 30 hours after the explosion, reported Alarabiya.net, a local online portal.
Amin al-Zahed, whose photo was published on an Instagram page created to locate missing people, was found bloodied in the Mediterranean Sea.
Al-Zahed was admitted to the Rafic Hariri University Hospital in Beirut after a rescue team pulled him into their boat.
Meanwhile, several social media posts claimed that his family could not reach him yet.
However, it was not clear how the young man managed to survive.