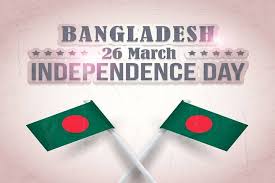 Dhaka, Mar 11: Foreign Minister Dr AK Abdul Momen on Thursday said Bangladesh will have stronger relations with the external world through celebrating the 50 years of Independence amid presence of global leaders – both in person and virtually.
The celebration of the birth centenary of Father of the Nation Bangabandhu Sheikh Mujibur Rahman is also going on in the country.
A 10-day mega event will be held from March 17 to 26 and Bangladesh has invited many global leaders to become part of the celebrations.
While talking to reporters after a function in a city hotel on Thursday, Dr Momen said President of Maldives Ibrahim Mohamed Solih, President of Nepal Bidhya Devi Bhandari, Indian Prime Minister Narendra Modi, Bhutanese Prime Minister Lotay Tshering and Sri Lankan Prime Minister Mahinda Rajapaksa will join the celebrations in person.
“We’ll have discussion on many issues, agreements will be signed and bilateral issues will be discussed. But the main purpose is to build stronger bonding and friendship,”he said.
The Foreign Minister said President of China Xi Jinping will send a video message marking the celebrations and a counselor, who is above the Minister in rank, may come with the message.
Dr Momen said France President Emmanuel Macron and Canadian Prime Minister Justin Trudeau will send video messages.
The Foreign Minister said France President and Canadian Prime Minister will also send video messages marking the celebrations.
Presdent of Maldives Ibrahim Mohamed Solih will arrive on March 17 on a two-day visit and attend the celebrations at Parade Grounds in the city.
Then President of Nepal Bidhya Devi Bhandari and Prime Minister of Sri Lanka Mahinda Rajapaksa will arrive in Dhaka to join the celebrations.
Indian Prime Minister Narendra Modi will arrive on March 26 and he will visit places outside Dhaka though other three South Asian leaders will have engagements in Dhaka only.
The Indian Prime Minister will visit Bangabandhu memorial in Tungipara to pay respect to Father of the Nation Bangabandhu Sheikh Mujibur Rahman and is expected to visit the Orakandi temple and “Satipith”. He will also visit Satkhira.
The five leaders are likely to visit the National Mausoleum at Savar, Dhanmondi 32 and will attend the main programme at Parade Grounds, reports UNB.