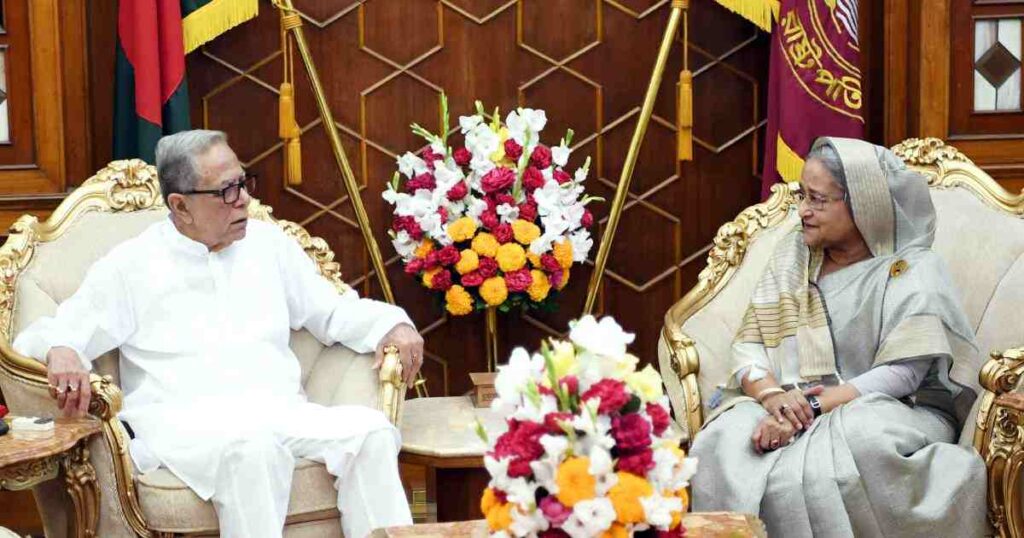 The government has cancelled the Independence Day ceremonies, including placing wreaths at the National Memorial, on March 26 amid the rise in coronavirus cases.

Besides, the civic reception at Bangabhaban marking the Independence Day and the Swadhinata Padak, the highest state award, distribution programme has also been cancelled.

He said the Prime Minister paid a courtesy call with the President at the Bangabhaban.

During the meeting, Joynal Abedin said, they discussed the country’s overall situation.

The Prime Minister apprised the President of various steps taken by the government to combat the coronavirus, he said.

Joynal Abedin said both the President and the Prime Minister urged the country’s people to remain alert instead of getting panicked over the coronavirus.

Earlier in the day, the government confirmed the second death from coronavirus.

“The total death from the coronavirus infection in the country is now two. Four new patients have been diagnosed with the disease,” Health Minister Zahid Maleque announced at a press briefing after an inter-ministerial meeting at the Directorate General of Health Services (DGHS).

The deceased, aged around 73, had comorbidity, he said. The minister said 50 people are in institutional quarantine and around 14,000 people are home-quarantined across the country,” he said.

Bangladesh reported the country’s first death from coronavirus on March 18. On March 8, the IEDCR announced for the first time the detection of three Covid-19 patients in Bangladesh.UNB