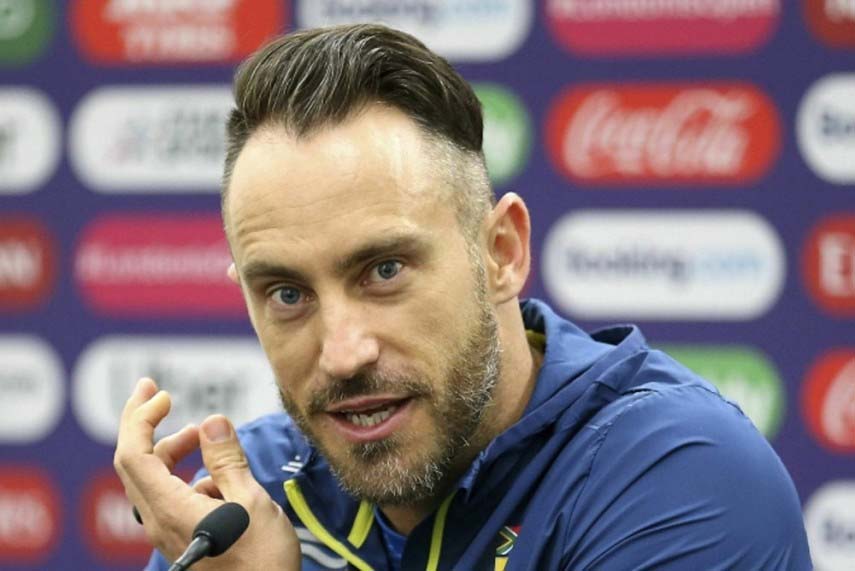 DHAKA -From his experience to play against Bangladesh in 2011 and 2019 World Cup, South African senior batsman Faf Du Plessis saw the Tigers huge improvement in the last one decade.

He said that Bangladesh was consistent enough in the 2019 World Cup even though they finished as low as eighth position in the 10-team tournament.

Bangladesh won three matches including the 21-run win over South Africa in the opening game. Whereas they were bundled out for 78 runs against South Africa in 2011 World Cup and that too at their home den.

Faf Du Plessis, played his first match against Bangladesh in 2011 World Cup indeed. In a live conversation with Tamim Iqbal in facebook, Du Plessis who led the South Africa in 2019 World Cup said, he was very happy to see
Bangladesh’s upsurge in global cricket.

“Your performance in the World Cup was tremendous. I didn’t expect it from you. I thought it would be ‘cold and hot’ and there will be a game where you will fight. But Bangladesh was the most consistent team. At the same time,
you batted so well that we didn’t have any answer against you in the first match,” Du Plessis said.

After the victory against South Africa, Bangladesh though lost to New Zealand, Australia and England, they made all the game closer and even could win the game against New Zealand too if the luck favoured.

However they won against West Indies and Afghanistan to keep them alive for the semifinal race, which was shattered by their two consecutive disappointing defeats to Asian rivals India and Pakistan.

Bangladesh also won three matches in 2011 World Cup but hit low being all out for 58 and 78 against West Indies and South Africa. Du Plessis also had explained the difference between the Bangladesh of 2011 and 2019.

“Earlier, Bangladesh relied heavily on one or two players and waited for a magic. But the team now improves considerably. Now you have so many players who can win the match, specially I will talk about the spinners. Shakib Al Hasan is there always to lead the spin attack. You have got some good pacers too,” Plessis said.

“The main challenge for Bangladesh is always away match because they face pace bowling in tougher wicket. But Bangladeshi batsmen now know how to win matches in abroad. Even you are making century in away matches,” he
concluded.BSS