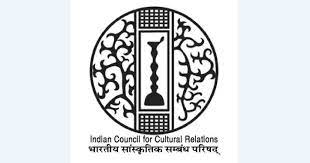 Dhaka, Apr 4 : Bangladesh High Commission in New Delhi and Indian Council for Cultural Relations (ICCR) have organised a dance performance marking the Mujib Borsho and celebration of 50 years of diplomatic relations between Bangladesh and India.Bangladesh High Commission and ICCR jointly organised the cultural programme at the Sushma Swaraj Bhavan auditorium on Saturday evening.
High Commissioner of Bangladesh to India Muhammad Imran and Director General of ICCR Dinesh K Patnaik spoke on a pleasant cultural evening.
The High Commissioner said that in the last 50 years, Bangladesh-India relations have always shown utmost sincerity of the question of friendship.
“Our two countries have historical and cultural ties. The people of Bangladesh are forever indebted to the government of India as well as of the people of the country for their role in the great freedom fight,” he said.
The envoy said on the golden jubilee of independence, Bangladesh has been graduated to the list of developing countries under the visionary leadership of our Prime Minister Sheikh Hasina.
Now a days the development of Bangladesh is appreciated all over the world, he said.
He said the per capita income and purchasing power of the people of Bangladesh has increased a lot. Many Bangladeshis come to visit India, they shop here and many students come to study.
ICCR Director General Dinesh K Patnaik said that at 50 years of Independence of Bangladesh, India is remembering the great architect of Bangladesh’s Independence Father of the Nation Bangabandhu Sheikh Mujibur Rahman with deep gratitude.
He also lauded the sincere roll of the people of two countries in strengthening the India-Bangladesh Friendship.
The cultural ties between the two countries are also part of our heritage.
He said in the last 50 years, it has been proved that the friendship between the two countries will continue to grow stronger.
The cultural programme was on the theme of the great independence of Bangladesh, the culture and the beautiful nature of Bangladesh and heroic struggle of father of the nation Bangabandhu Sheikh Mujibur Rahman by Shristi Cultural organization, reports UNB.