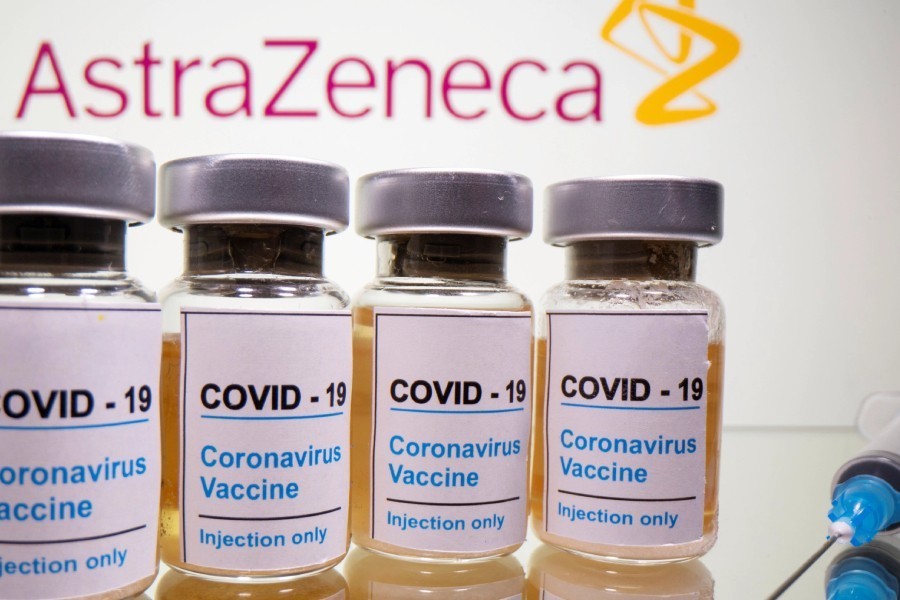 Dhaka, May 22 : After its request to the United States, Bangladesh has urged the United Kingdom (UK) to help it by providing vaccine doses to meet its emergency needs as the second dose vaccination is disrupted in Bangladesh. “I’m not asking for too much, I’m only asking for 1.6m AstraZeneca doses that they have, they should immediately disburse those to Bangladesh so that people can have their second dose,” Foreign Minister Dr AK Abdul Momen said in an interview with ITV News.
Dr Momen said his message to the UK government is that they should be more sincere. “They should help their Commonwealth member states.”
He said Bangladesh is a good friend of the UK and so many Bangladeshis contribute to the UK economy. “… so the UK should come forward.”
Speaking to ITV News, Dr Momen described the vaccine situation in Bangladesh as a “crisis”, adding: “We’re desperate.”
Bangladesh entered into a deal with the Serum Institute of India (SII) to purchase 30 million doses of a potential vaccine being developed by AstraZeneca for Covid-19.
Bangladesh was supposed to get five million doses of the vaccine per month as the SII and Bangladesh’s Beximco Pharma signed the Memorandum of Understanding (MoU) for priority delivery of the vaccine doses.
Bangladesh sought at least 3 million doses of the vaccine under the agreement to address the immediate demand in Bangladesh.
Bangladesh has so far received only 7 million of Oxford-AstraZeneca covid-19 vaccine doses produced by Serum Institute of India (SII) through its contract. Bangladesh also received 3.3 million doses of the vaccine as a bilateral partnership gift.
“India is facing a very critical situation, very alarming… They’re finding it difficult, we can understand it,” Dr Momen said. “So, they’re failing to distribute the vaccine they promised to send us.”
He told ITV News that the Bangladeshi government has appealed directly to the UK government for these required doses, but the request was ultimately rejected on the grounds that the UK government did not have the capacity.
“We’ve a belief that if the [UK] government tries, it can do it because they’ve the capacity,” the Bangladesh Foreign Minister said.
Although Covid-19 daily cases in Bangladesh are relatively low and, according to the Foreign Minister, measures were in place to prevent the spread of the Indian variant into Bangladesh, the identification of six cases in Bangladesh earlier this month has concerned some experts.
On Friday, the Foreign Minister reached out to global media to let the world know that Bangladesh desperately looks for vaccines desperately and is ready to accept any shipment desperately from any country, including the United States.
“We need it desperately. If any shipment comes, we’ll take it right away,” he told CNN in a live interview.
Dr Momen said the big problem is that a large number of people in Bangladesh who took the first dose of Oxford-AstraZeneca could not get the second dose. “Because we don’t have any more. We can’t give them the second dose. That’s creating a lot of problems for us,” said the Foreign Minister.
He said the government of Bangladesh is trying to get vaccines from other places and they were delighted when Bangladesh heard that the US will be distributing some of the AstraZeneca vaccines that they have.
Dr Momen said he had requested the US government and sent a letter to his counterpart US Secretary of State. “They agreed to give us by and large. ”
Now the problem is, he said, the US Food and Drug Administration (FDA) is taking a long time to approve the export of AstraZeneca.
Dr Momen said they are thankful to US President Joe Biden for announcing that the USA will be distributing some of the AstraZeneca vaccine to developing countries, pretty large numbers – 60 million plus 20 around – 80 million vaccines. “This is good news for us.”

Exploring Multiple Options
On Thursday, Dr Momen said the government is making its best efforts to get vaccines connecting multiple countries – the United States, China, Canada and Russia the UK – apart from its continuous request to India to meet Bangladesh’s urgent needs.
He said the discussion with China is almost at the final stage while they are expecting a positive reply from the US on the vaccine front.
While talking to reporters at State guesthouse Padma, Dr Momen said there are people who could not take the second dose of the Oxford-AstraZeneca vaccine due to its short supply from India.
He also highlighted the ongoing discussion with Russia. “Hope, everything will be settled within a week.”
Responding to a question, the Foreign Minister said they came to know unofficially that Bangladesh is not there on the priority list of the USA as there is a lesser number of deaths in Bangladesh.
“I didn’t like the idea. They (US) don’t think it’s a crisis in Bangladesh,” he said, adding that it is an emergency issue for Bangladesh.
US State Department Coordinator for Global COVID Response and Health Security Gayle E Smith has said the United States is going to be the largest sharer of vaccines putting 80 million additional doses into the mix.
“I can’t tell you at this point what the allocation is going to be per country. We’ll have information for you later on. And as I think I mentioned, we are also, with respect to India and also India’s neighbours, mounting an emergency humanitarian response given the surges that are ongoing there,” she said.
In a telephonic media briefing on Wednesday, Smith referred to an announcement by US President Joe Biden earlier this week that they will be sharing 20 million vaccine doses from their own stocks in addition to the 60 million AstraZeneca doses that were announced previously by the President.
“So that means we’re going to be putting 80 million additional vaccine doses into the mix, making us the largest sharer of vaccines thus far,” she said.
The US official said given the surge there, India has been a major priority for the US. “We’ve delivered $100 million in emergency assistance; mobilised with the American private sector a pretty amazing response, again, from the American private sector and public, and we’ll continue to do so.”
Smith said she does not have anything to say yet on the ultimate allocations, but they will reach out and make sure that all are informed when those decisions are made.
Responding to a question on India, Dr Momen said India did never say that they will not give vaccines to Bangladesh but failed to deliver.
He said India was requested to provide vaccine doses to Bangladesh as a gift to meet its emergency need if India has an embargo on export.
“I should say we had a very positive discussion (with my Indian counterpart,” Dr Momen said, reports UNB.