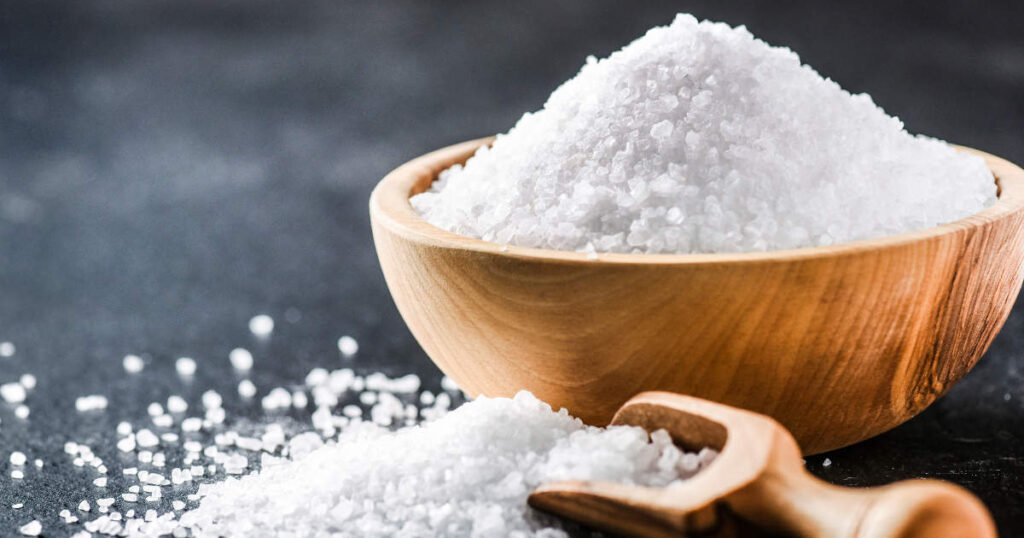 Dhaka, Nov 20 – Getting five taka for production of 1 kilogram of salt is bad enough but watching them being sold at Tk 35 on markets was just rubbed salt into their wound.
The huge gap between the production cost of salt and the market price reaches 30. Even though the unsubstantiated rumour centring the price increase of salt has been spreading across the country, and thus triggering a buying spree of salt, the salt farmers have sold their yields at only Tk 4.5 per kilo.
The salt farmers have been lamenting the low price for their yield throughout the year, saying they are not getting fair deals.
Farmers said they sold salt at Tk 530 per mound last year, but the price declined to Tk 150 per mound this season, down from Tk 280-350 per mound at the beginning of the season.
According to Bangladesh Small and Cottage Industries Corporation (BSCIC), New Year’s salt production season has been started since November 15. This time, the demand for salt is 18 lakh 49 thousand metric tons and the target is set at 18 lakh 50 thousand metric tons. On the other hand, in the last year, surplus salt is four lakh 3 thousand metric tons.
On the other hand, salt farmers are worried about the low cost of salt. Salt farmers said that they do not get their fair price sell the salt. He field-level brokers are applying different techniques to reduce the prices of salt for their own profit, they alleged.
Farmers in Chakoria and Bashkhali areas claimed that all the salt cultivators here are not getting the proper price of salt. The salt used to sell three months ago at Tk 280; the price has dropped by half to at Tk 150-170.
Farmers want the government to help them get a fair price for the salt. The demand has come to form a salt board.
Sayed Ahmed, General Manager of BSCIC salt project said that the extra salt will meet the demand for more three months. However, he admitted the low price as the farmers are selling salt at Tk 4-5 per kg on Tuesday.
In the previous year, Salt production in the country hit a record 18.24 lakh tonnes in 2018-19 fiscal years, the BSCIC said.
Due to favourable weather conditions, salt production increased to 18 lakh tonnes in around 13 salt-production hubs in the country. The majority portion of the country’s salt demand is met by the salt produced in Chakaria, Pekua, Moheshkhali, Kutubdia, Teknaf, and Cox’s Bazar Sadar Upazilas and Banshkhali Upazila of Chittagong. Around 400,000 people are involved in salt farming.
President of Bangladesh Salt Mill Owners Association Nurul Kabir said that if the government is not careful about importing salt from abroad, the salt industry of the country will be destroyed.
He said that last year (2018) global salt (sodium sulphate) was in demand from one lakh to one lakh 50 thousand metric tons and imports was nine lakh metric tons and industrial salt demand was about one lakh 50 thousand to two lakh metric tons but it has been imported at around 7 lakh metric tons.
He said that unscrupulous traders are directly marketing the imported salt against the use of industrial. Because of this, the rate of salt produced in the field continues to decline and the public health is under threat.
However, unscrupulous traders across the country on Tuesday took advantage of the panic buying and jacked up the prices as high as Tk 80 a kg, which is usually Tk 25-35.
The chaos prompted police and local administration to launch drives in the capital, Sylhet, Rajshahi, Bogura, Dinajpur, Thakurgaon, and Moulvibazar.
There were also reports of panic buying in Cox’s Bazar, Chattogram, Lalmonirhat, Chandpur, Cumilla, Pirojpur, Narayanganj, and Bagerhat. – Staff Reporter