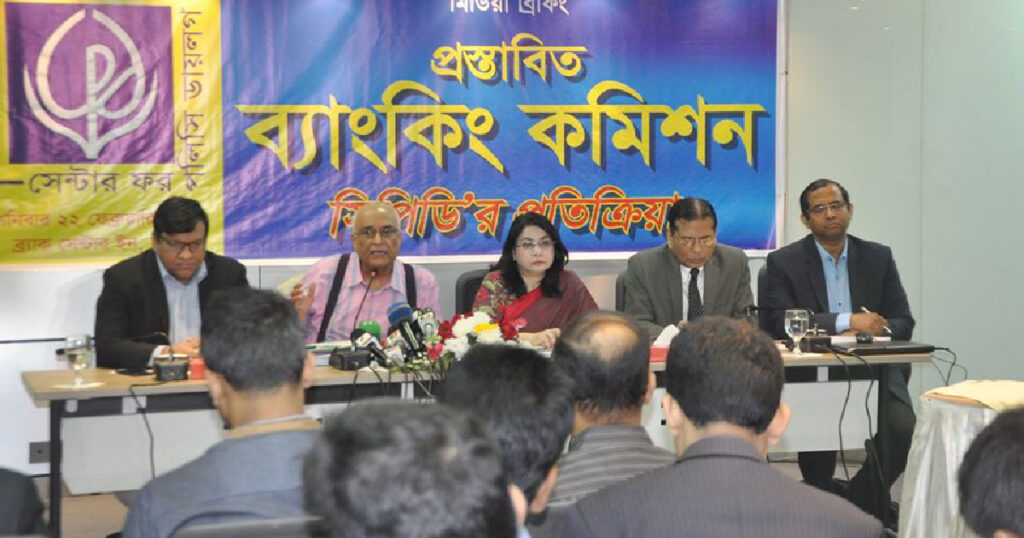 Dhaka, Feb 23 – Distinguished Fellow of the Centre for Policy Dialogue (CPD) Dr Debapriya Bhattacharya on Saturday alleged that the country’s banking sector is now hostage to a handful of individuals and organisations.
He made the allegation while addressing a press briefing titled “Proposed Banking Commission: CPD’s Reaction” at Brac Centre Inn in the city.Dr Debapriya also claimed that the banking sector is going through a fragile situation but hailed the government’s initiative to constitute a bank commission to reform the sector, said a press release.
“The government has taken a timely initiative to form the bank commission. Political leaders should lend their support for the effectiveness of the commission,” he said.
Another CPD Distinguished Fellow Prof Mustafizur Rahman said short- and long-time problems impact macro-economic system in the country. “The commission has to find out main problems of the banking sector and resolve those within a short time,” he said.
CPD Executive Director Dr Fahmida Khatun moderated the function.
On Wednesday, Finance Minister AHM Mustafa Kamal said they will form a bank commission after discussions with the stakeholders. – UNB