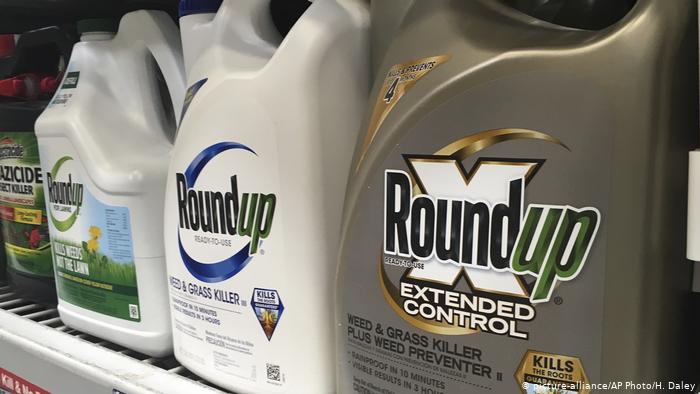 US plaintiffs are pursuing the German giant over claims it’s glyphosate-based weedkillers cause cancer. Talks have been ongoing for more than a year. German chemical and pharmaceutical giant Bayer announced on Wednesday that it plans to pay more than $10 billion (€8.9 billion) to settle approximately 95,000 lawsuits in the US related to its product Roundup.
The weed killer contains the controversial active ingredient glyphosate, which has been linked to cancer.
“The Roundup settlement is the right action at the right time for Bayer to bring a long period of uncertainty to an end,” Bayer Chief Executive Werner Baumann said.
“Bayer wisely decided to settle the litigation rather than roll the dice in an American court,” said Feinberg.
Bayer, which bought Roundup maker Monsanto in 2018 for $63 billion, has repeatedly defended the safety of the weed killer, pointing to studies that show glyphosate is safe.
The company has said it will continue selling Roundup and does not plan to add a cancer warning label to the product.
Nonetheless, the German government last year approved a ban on glyphosate beginning in 2023.
The company has been plagued by lawsuits regarding Roundup since it acquired Monsanto, which has hit its shares hard and caused the firms’ valuation to decrease.
Bayer hopes the $10 billion class-action settlement will cover approximately 75% of the current litigation against it, comprised of some 125,000 filed and unfiled claims.
Settlement mediator Ken Feinberg said that some 25,000 claims remained unsettled, but he did not expect there to be any more trials against Bayer in the coming months.
Stock price rebounds
The wave of lawsuits that hit Bayer put its leadership under massive pressure. On the eve of Wednesday’s settlement announcement, shares of the company dropped by 3.6%.
But news that the settlement had been reached caused the stock price to rebound. Baumann hinted at the possibility that the settlement could put the firm on the road to regain its credibility.
”It is financially reasonable when viewed against the significant financial risks of continued, multi-year litigation and the related impacts to our reputation and to our business,” the Bayer CEO said.
The company has said it will start making settlement payments this year. They would be financed through a mixture of existing liquidity, future income, proceeds from the sale of its animal health business and the issuance of additional bonds.
jcg/aw (AP, Reuters, AFP)