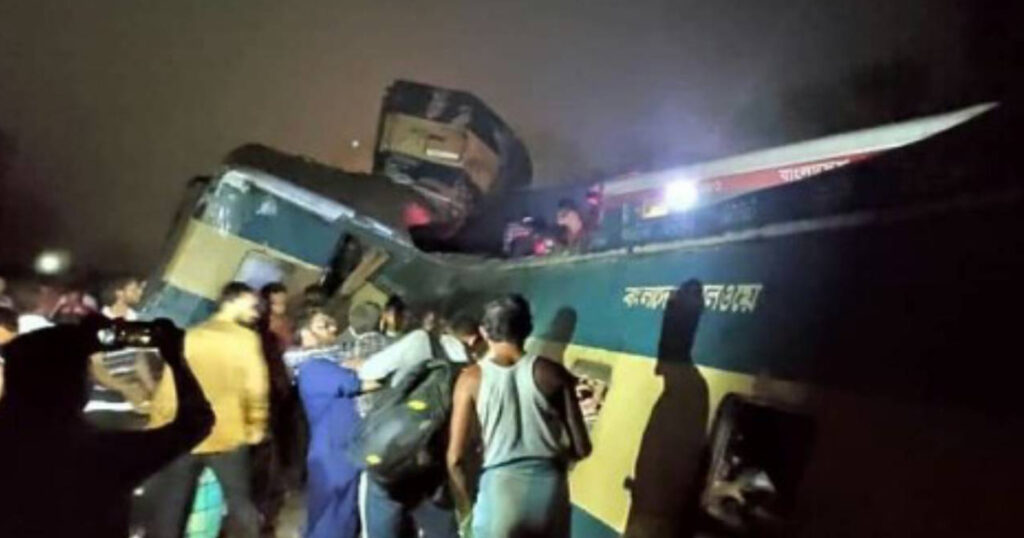 Loco master of Turnanishitha train and two other staff of Bangladesh Railway have been suspended after the fatal train crash at Mandbagh of Brahmanbaria that left 16 people dead and over 100 other injured.Loco master Taser Uddin, assistant loco master Apu Dey and working guard Abdur Rahman were suspended, said Shariful Alam, senior information officer of the Railways Ministry.
Dhaka-bound Turnanishita from Chattogram collided with Chattogram-bound Udayan Express from Sylhet around 3am, said Deputy Commissioner Hayat-Ud-Dowllah Khan, who visited the spot right after the crash.
“So far, 16 people have died in the deadly accident, but the figure may go up further,” the DC added.
Bangladesh Railway authorities have formed two separate probe bodies while Brahmanbaria Deputy Commissioner formed another probe body to investigate the deadly incident, reports UNB.