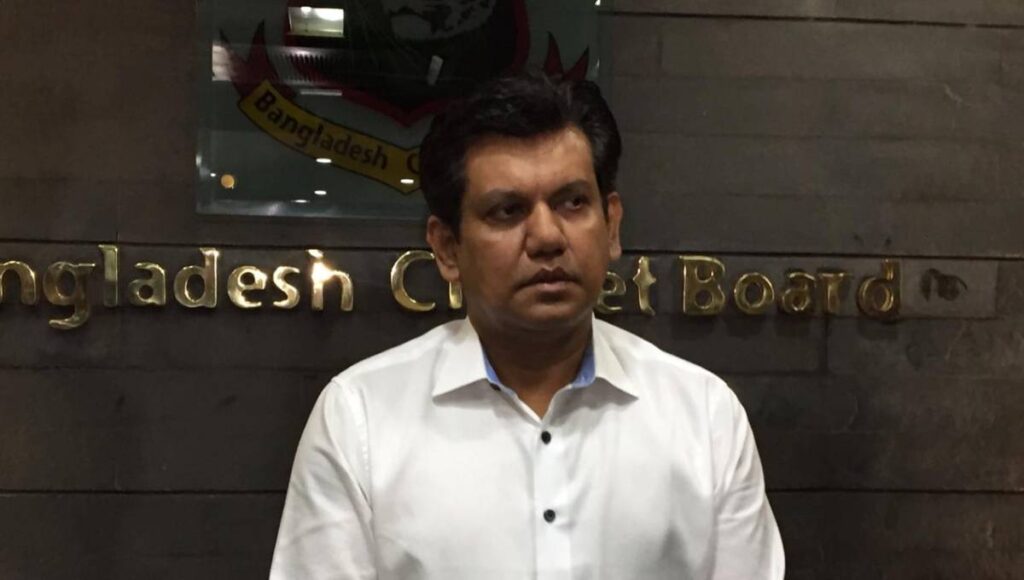 The chief executive officer of Bangladesh Cricket Board (BCB) on Wednesday said they are open to talks with cricketers to hammer out an agreement.“Their demands are not tough to resolve. It’s just a matter of time. But we have to talk to the cricketers to come up with a solution,” Nizam Uddin told the media at Sher-e-Bangla National Cricket Stadium.
He said he had spoken with Tamim Iqbal. “He said the cricketers are discussing the matter, and we hope they will sit with us for talks,” Nizam said.
Also read: 2nd strike by Bangladesh cricketers in 20 years
“We got an update suggesting that they’ll talk to the media today. After that, they could sit with us. The board is open to talk. The board president will also talk to them if it is required,” he said.
Also read: BCB sees ‘conspiracy’ behind strike by cricketers
Top Bangladeshi cricketers came up with 11-point demand including increasing salary, better contract and open transfer on Oct 21. At the same time, they announced to abstain from cricket until the demands are met.
Also read: FICA decides to review CWAB’s membership
The next day, BCB President Namzul Hassan dubbed the cricketers’ stance an attempt to destroy the image of Bangladesh cricket. “It’s nothing but an attempt to destroy the image of Bangladesh cricket. We’ll definitely find out who are behind it,” he told the media, reports UNB.