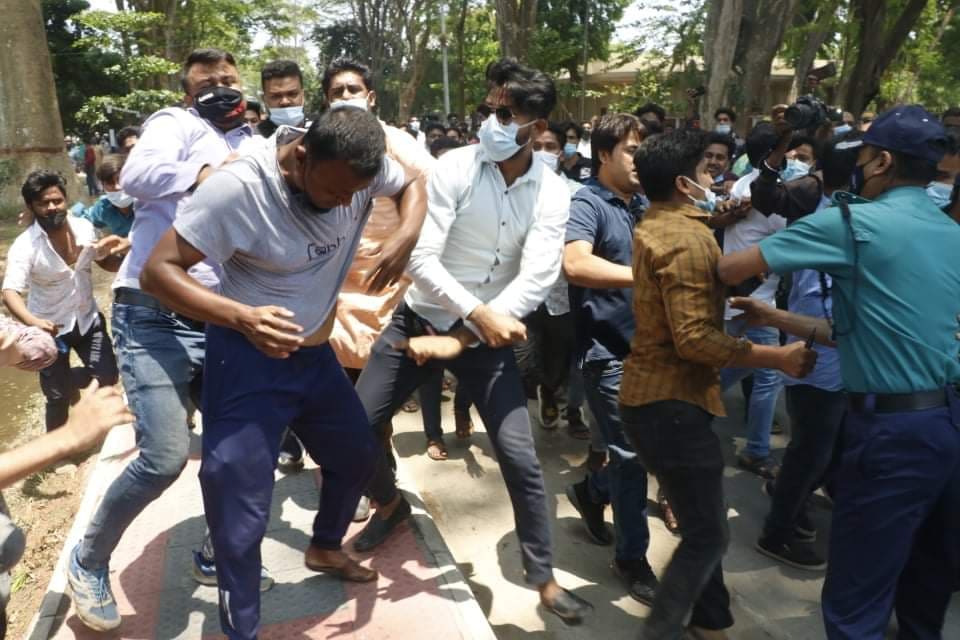 Rajshahi – At least 3 officials were injured in a clash at Rajshahi University between Bangladesh Chhatra League, Rajshahi University unit and the Rajshahi City Unit on Thursday. The clash took place at around 12 pm at the Paris road of the university.
Rajshahi city BCL (Bangladesh Chhatra League) men fled after police went to the spot and baton charged the warring factions.
The injured are sub-registrar Md Mamun, section officer Md Masud and Physical Exercise and Sports Science department sub-registrar Kamruzzaman Chanchal.
According to the university source, Thursday was the last day in office of the vice-chancellor M Abdus Sobhan. Rajshahi city BCL men attacked BCL men of RU unit when they came to know that 125 BCL men from the RU unit got jobs in the university at the instance of vice-chancellor M Abdus Sobhan.
The Officer-in-Charge (OC) of Motihar police station Siddikur Rahman said, We brought the situation under control of Rajshahi University.
RU proctor professor Lutfor Rahman was not available on phone for his comment on the situation on the campus. – RU Correspondent