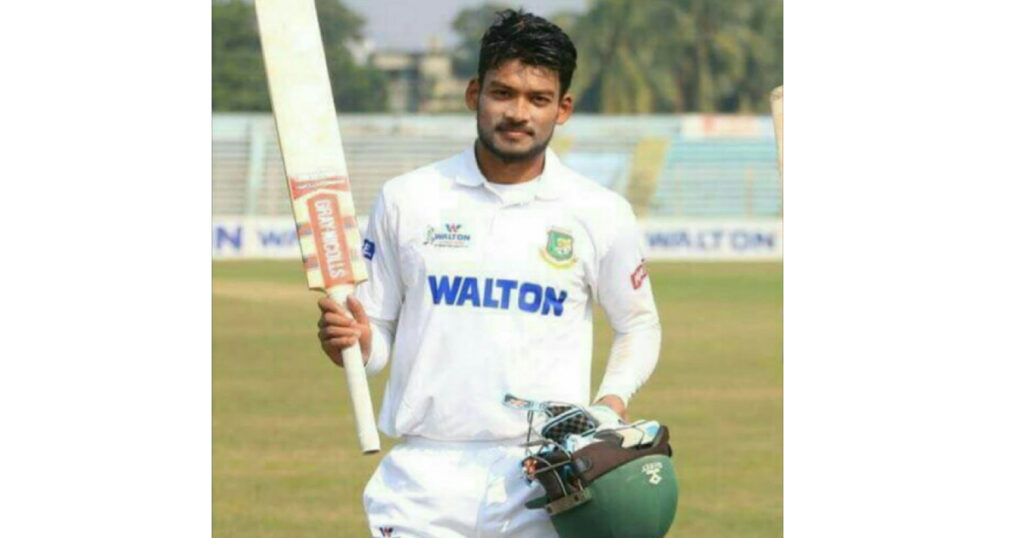 Dhaka  – BCB South Zone have an uphill task to score 348 runs on the last day on Monday with six wickets in hand to post a win against Walton Central Zone in the 3rd round match of Bangladesh Cricket League (BCL) at the academy ground of Sheikh Kamal International Stadium in Cox’s Bazar.

Walton Central Zone, having 235 runs in the first innings, resumed the 2nd innings on the 3rd day of the four-day affairs on Sunday and declared the innings on 385 runs for 8 in 107 overs, featuring an unbeaten double century by Najmul Hossain Shanto.

Shanto, who returned to Test squad to play against Zimbabwe, hammered unconquered 253 runs off 310 balls, hitting 25 fours and 9 sixes while Zabid Hossain scored 74-ball 36 runs with five hits to the fence.

Chasing a target of 507 runs, South Zone opened the 2nd innings and scored 159 for 4 in 52 overs when the bails were drawn for the 3rd day (Sunday) with national coloured opener Anamul Haque Bijoy making 83 runs off 119 runs featuring five fours and seven sixes.

Two down Shamsur Rahman remained not out on 44 runs off 59 balls with seven boundaries while Fazle Mahmud made a patient 105-ball 25 runs hitting three boundaries.

In the other BCL match, BCB North Zone are leading by 86 runs against Islami Bank East Zone after the 3rd day of the 3rd round match at Sheikh Kamal International Cricket Stadium in Cox’s Bazar on Sunday.

Later, BCB North Zone opened the 2nd innings and scored 145 for 5 in 67 overs with former national skipper Mushfiqur Rahim and Mahidul Islam Ankon in batting with 23 and 22 runs respectively.