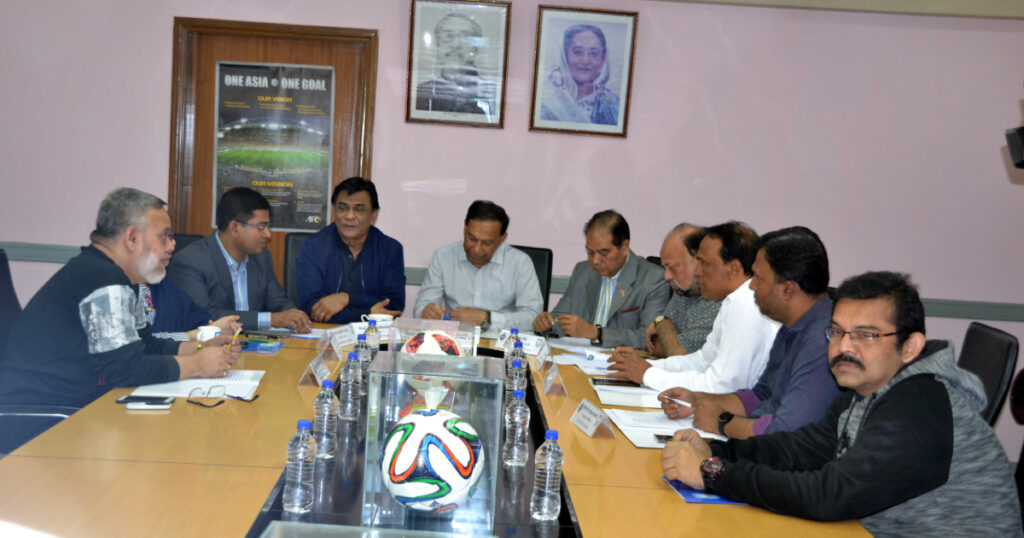 Dhaka – The 10-team final round of the Bangabandhu National Football Championship will kick off in the first week of March.

The decision was taken at a tournament committee meeting held at BFF House in Motijheel on Sunday with Harunur Rashid in the chair where BFF President Kazi Mohammad Salauddin was also present.

Ten teams, split into two groups, will compete in the final round.

Sylhet, Satkhira, Rangpur, Pabna, Cumilla, Cox’s Bazar, Khulna and Netrakona district teams will play in the final round as the zonal champions alongside Seba zone champions BKSP and runners up Bangladesh Army.

Chairman of the Tournament Committee Harun-ur-Rashid said “We will select two final round venues within short-time and the grouping of the final round will be held on February 23.

“The teams will also play in the ensuing Bangabandhu Bangladesh Games scheduled for April 1-10, however, we will finalize it soon after discussion with Bangladesh Olympic Association” He added. UNB