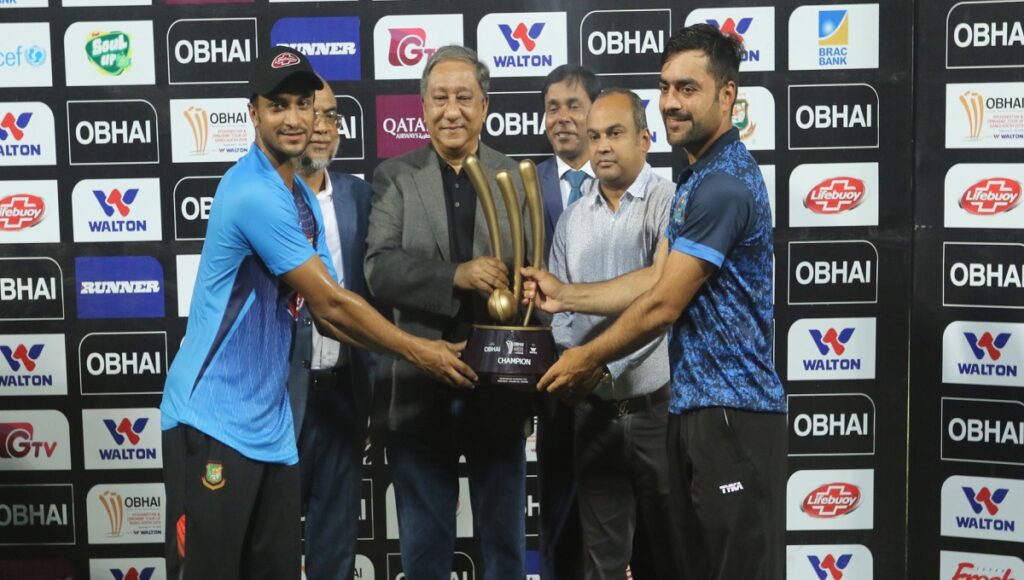 Dhaka — Hosts Bangladesh and touring Afghanistan were declared joint champions as the final match of the Tri-Nation T20 Series between two teams was abandoned due to rain at the Sher-e-National Cricket Stadium in Mirpur on Tuesday.

It meant for the first time, Bangladesh shared a multinational T20I trophy. They played two finals before- in the Asia Cup 2016 and Nidahas Trophy 2018, but in both occasions, they lost the trophy to India.

The day’s final match was scheduled to begin at 6:30pm but the rain did not allow to the start match. Finally , the match referee Graeme Labrooy declared the match abandoned at 9 pm local time , 40 minutes ahead of the real cut-off time- 9:40pm announcing both the teams as joints champions.

The match officials did not get any scope to inspect the field as the rain was persistently falling down.Before heading to the final, Bangladesh won three matches in the league phase of the event, while Afghanistan won two matches. Despite this better result, Bangladesh suffered for the poor form of their batsmen.

Bangladesh tried to find out a better T20 combination in this event, but their purpose was not as successful as they wanted it to be. Bangladesh’s next international assignment is to tour India for a two-match Test and three-match T20 series in November this year.

Afghanistan’s Rahmanullah Gurbaz was named player of the series.UNB