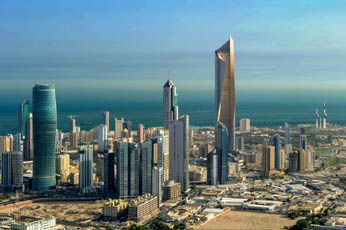 Dhaka, Feb 16 – A Bangladeshi lawmaker of Laxmipur constituency Quazi Shaheed Islam has been reportedly found involved in human trafficking to Kuwait. Bangladesh government said legal action would be taken against the lawmaker if he is found involved in corruption and human trafficking to Kuwait.
Shaheed, however, told the media that it was a conspiracy against him and he has a good reputation to run business.
Quoting Arabic daily Kuwaiti newspaper Al-Qabas, Arab Times reported, the suspect is a member of a three-man gang, while according to sources the two others have left the country after sensing trouble.
The daily has learned the trio occupied sensitive positions in three major companies that brought into the country more than 20,000 Bangladeshi menial workers in exchange for large sums of money believed to be more than 50 million dinars, Arab Times reported on February 12.
What is surprising is one of the three men reported recently became a member in the Bangladeshi Parliament and is on the board of directors of a large bank in his country and that he shuttled between Kuwait and Bangladesh.
His stay in Kuwait was no more than 48 hours. The sources revealed as soon as this MP learned he would be investigated by the personnel from the Criminal Investigation Department (CID) he left the country about a week ago, while the file of the company he was running has been suspended.
The sources said the file of the company managed by the suspect was suspended after discovering the workers were not paid their salaries for more than 5 months, it added.
The sources pointed out the CID men have concluded through investigations that the three men have a large network of Bangladeshi employees working for them and are involved in visa trafficking. The CID men have also learned that each Bangladeshi worker paid between 1,800 and 2,200 dinars for the average worker, while the driver’s visa is ‘sold’ for between 2,500 and 3,000 dinars.
The sources added another accused who is identified only as (S) is said to have left for a European country taking advantage of the company he works for. He alone is said to have brought into the country about 7,000 workers on cleaning contracts, Arab Times said.
But the dailies did not reveal the name of this Bangladeshi lawmaker.
Talking to Independent TV, Shaheed Islam said, “It’s a local and international conspiracy against me. I’m not involved in any criminal activities. I have running been business with a good reputation.”
Meanwhile, Road Transport and Bridges Minister Obaidul Quader came up with the statement in reply to a query of the journalists at his office in the Secretariat yesterday following media reports against Laximpur lawmaker Quazi Shaheed Islam alias Papul that he is one of the three Bangladeshis who are involved in human trafficking in Kuwait.
Meanwhile, foreign minister AK Abdul Momen told the journalists at his office that it was ‘fake news published in a newspaper’ and he did not get any information from Bangladesh Mission in Kuwait in this regard so far.
“Legal actions will be taken if there is any complaint of corruption. As per the prime minister’s stance against corruption, I will ask the Anti-Corruption Commission to investigate the matter,” Quader said.
On the other hand, Abdul Momen said, “We have heard that it is fake news. We don’t have any information in this regard. Our mission did not send us any news about it. We don’t know anything about it. A newspaper published a piece of news in this regard and the same newspaper published that there is doubt about the authenticity of the news.” – Staff Reporter