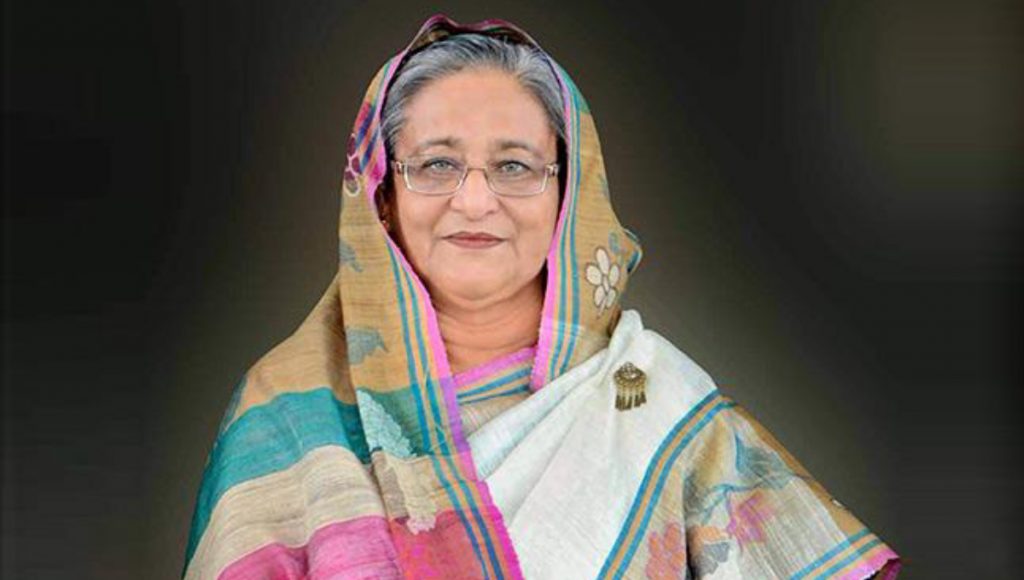 New York, Sept 30 – Prime Minister Sheikh Hasina left New York on Sunday night for home wrapping up her eight-day visit to the USA when she joined the 74th session of the United Nations General Assembly (UNGA). She is scheduled to reach home on Tuesday morning.
A flight of Etihad Airways carrying the Prime Minister and her entourage took off from John F Kennedy International Airport for Abu Dhabi at 11:00 pm on Sunday ( BST 9:00 am on Monday).
Bangladesh Ambassador to the USA Mohammad Ziauddin and Ambassador and Permanent Representative of Bangladesh to the UN Masud Bin Momen saw the Prime Minister off at the airport.
The flight is scheduled to land at Abu Dhabi International Airport at 8 pm (local time) on Monday, where Bangladesh Ambassador to the UAE Mohammad Imran will receive her.
The Prime Minister will depart from Abu Dhabi International Airport by a VVIP flight of Biman Bangladesh Airlines at 10.45 pm (local time).
The flight is scheduled to land at Hazrat Shahjalal International Airport at 5:35 am on Tuesday.
Sheikh Hasina left Dhaka on September 20 last and reached New York on September 22.
During her stay in New York, she made a speech at the UNGA in Bangla and held a bilateral meeting with Indian Prime Minister Narendra Modi on September 27.
Hasina received two prestigious international awards –‘Champion of the Skills Development for Youths’ Award in recognition of her outstanding contributions to skills development of the youth, and ‘Vaccine Hero’ award in recognition of Bangladesh’s outstanding success in vaccination to immunise children – during her visit to New York.
Besides, she exchanged pleasantries with US President Donald Trump, held a bilateral meeting with UN Secretary-General António Guterres.
She also had talks separately with ICC Prosecutor Fatou Bensouda, Co-Chair of Bill and Melinda Gates Foundation Bill Gates, UN Secretary-General’s Special Advocate for Inclusive Finance for Development Queen Maxima and Honorary President of Global Hope Coalition Irina Bokova. – UNB