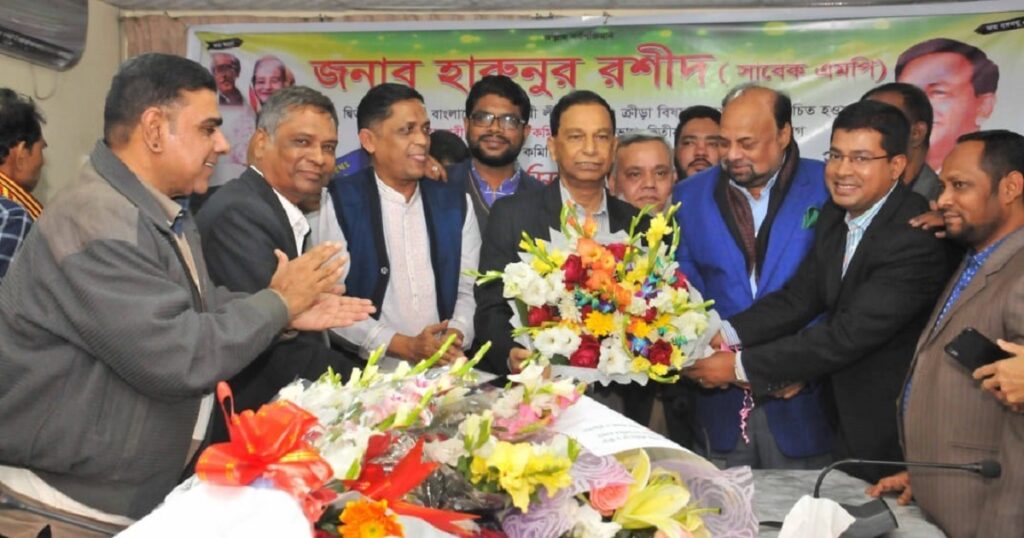 Dhaka – Bangladesh Football Federation (BFF) accorded a warm reception to its executive committee member Harun-ur-Rashid after being elected as Youth and Sports Secretary of the ruling Bangladesh Awami League for second term.