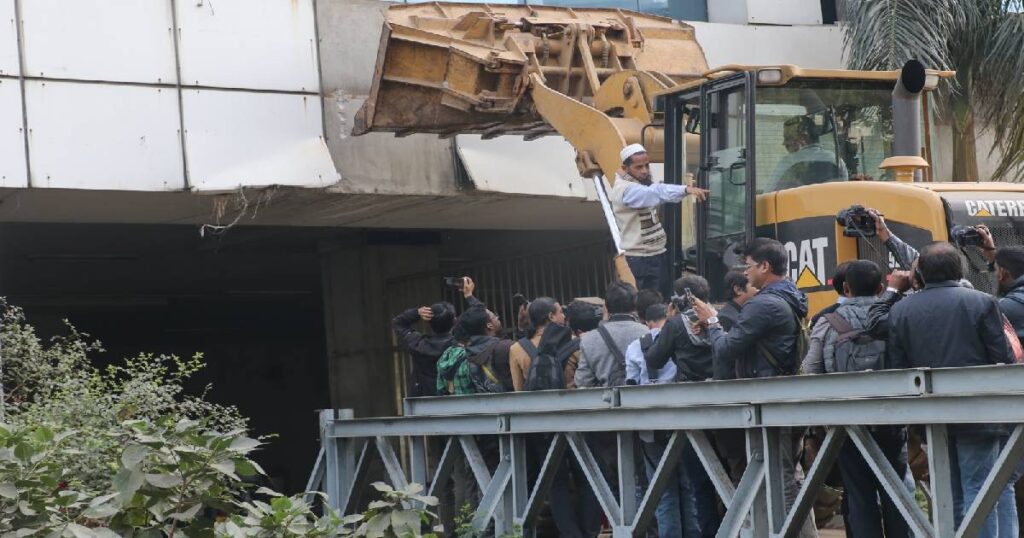 Housing and Public Works Minister SM Rezaul Karim inaugurated the work around noon. He said tearing down the building will take six months.
“All illegal establishments beyond the layout plan of Hatirjheel project will be removed gradually,” he said.
The BGMEA Bhaban stands on a critical spot in Dhaka, blocking the flow of water between the Hatirjheel canal and Begunbari canal.
In 2011, the High Court ordered its demolition, dubbing it a ‘cancer’ in the canal, as the building was constructed in defiance of relevant laws.
Earlier on April 2, 2018, the Supreme Court granted BGMEA one more year (until April 12 last year) for the demolition work following a leave-to-appeal after giving an undertaking. – UNB