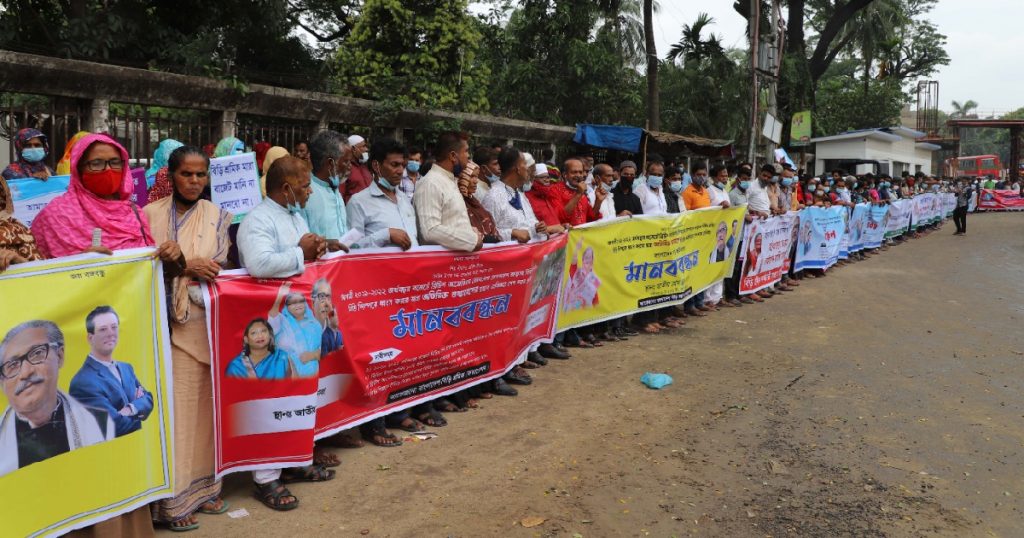 Dhaka, May 26 :  Several hundred bidi workers have protested against a proposal for tax-hike on the bidi industry by some NGOs from the next fiscal year.They held a human chain protest in front of the National Press Club on Wednesday.
The demonstrators also expressed deep concerns about what they called “ill-motivated acts of the paid NGOs” who “played a key role to hike tax” on the home-grown bidi industry amid the coronavirus crisis.
Protesting workers claimed that the NGOs “paid by multinational cigarette companies” are trying to destroy the domestic bidi industry that is the prime source of livelihood of several hundred thousand people.
The association leaders demanded to withdraw the 10 percent advanced income tax on the bidi industry, cancel tax Tk 4 in each bidi packet, and immediately stop the ongoing conspiracy of the NGOs against the bidi industry.
They demanded the government declare the bidi industry as cottage industry to ensure job opportunity for the marginal and helpless people, widows, physically challenged, inhabitants of char and remote areas.
Bangladesh Bidi Workers Federation President MK Bangali, General Secretary Abdur Rahman, Organising Secretary Abdul Gafur, Publicity Secretary Shamim Islam, Joint Secretary Harik Hossain and Women Affairs Secretary Maya Begum, among others, were present in the programme, reports UNB.