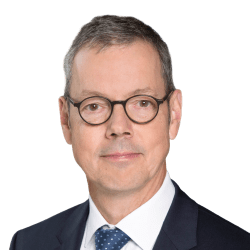 by Peter Bofinger
Peter Bofinger identifies the cryptocurrency’s Achilles heel.
Following the steep rise in the price of Bitcoin since autumn 2020, public interest in this cryptocurrency has been reignited. Yet the massive drop in price since its peak on January 8th and the subsequent rebound show the volatility of such an investment.No one can predict where Bitcoin’s price will go. This is simply because speculation is always about expectations. In concrete terms, anyone who buys Bitcoin today has to form expectations about what expectations other investors will form about Bitcoin. And the latter in turn must also ask themselves what the expectations of other investors might be.