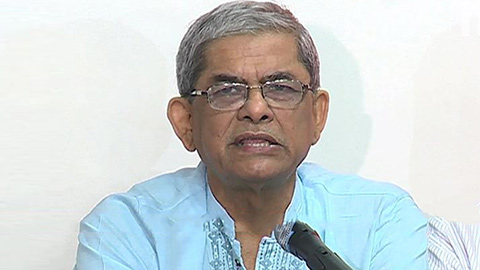 Thakurgaon, Aug 11 – BNP Secretary General Mirza Fakhrul Islam Alamgir on Sunday said dengue turned into an epidemic due the government’s indifference and lack of accountability.He made the comment while talking to reporters at his residence in the district town in the morning.
Bangladesh is struggling to control the outbreak of the mosquito-borne disease. The situation is likely to worsen during this Eid holiday as millions of people have travelled to their village homes to celebrate the festival.
So far, the government has confirmed 40 dengue-related deaths so far as more than 8,000 people, including children, are currently being treated at hospitals. – UNB