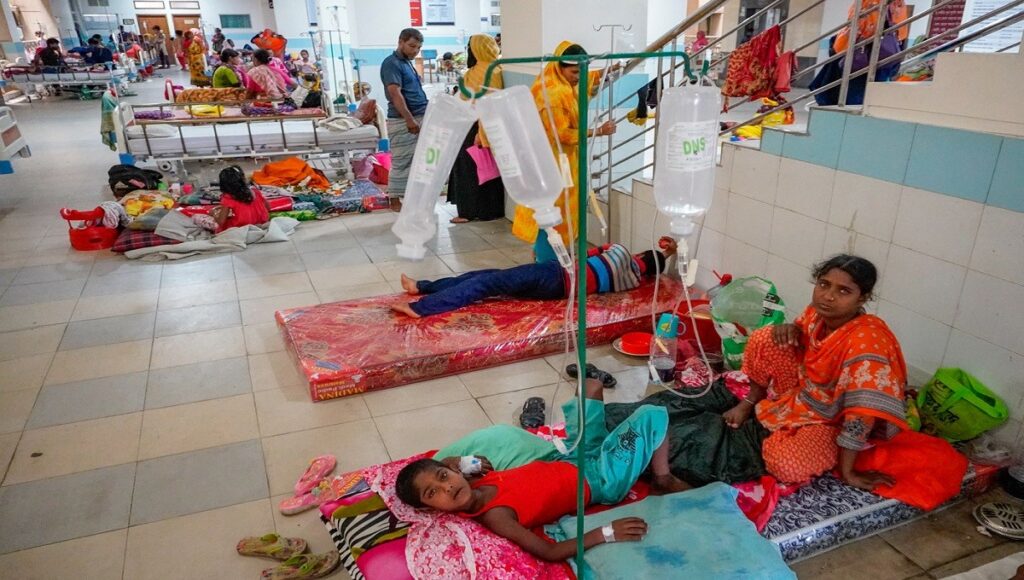 Dhaka, Aug 11 — The government on Sunday raised the dengue death toll to 40.
Thirty-nine of the deaths were recorded at hospitals in Dhaka City. The other one was reported from Dhaka Division (outside the capital), the Health Emergency Operation Center and Control Room of the Directorate General of Health Services said.Ten of the deaths occurred in August while 24 were recorded in July, according to the control room.
Even on Sunday, two people died of dengue at Noakhali General Hospital and Mymensingh Medical College Hospital. But the government insists that the mosquito-borne disease did not claim any life outside Dhaka.
Since January, 41,178 people were hospitalised with dengue. Of them, 32,384 had made full recoveries. Currently, 8,754 patients, including children, are being treated at hospitals across the country.
In the last 24 hours, the control room said 2,334 dengue patients were admitted to hospitals. Of these, 981 cases were reported from the overcrowded capital city, which has been at the centre of the outbreak.
The excessive number of patients is putting tremendous pressure on the already overwhelmed medical system. The hospitals in Dhaka are struggling to accommodate dengue patients. Many hospitals have set up makeshift beds on verandas and floors.
But the dengue situation is likely to worsen as millions of people are leaving Dhaka to celebrate Eid-ul-Azha. People infected with dengue move the virus within and between communities and places, the WHO says.
There is no specific treatment for dengue or severe dengue, WHO says. But early detection and access to proper medical care lowers fatality rates below 1 percent. – UNB