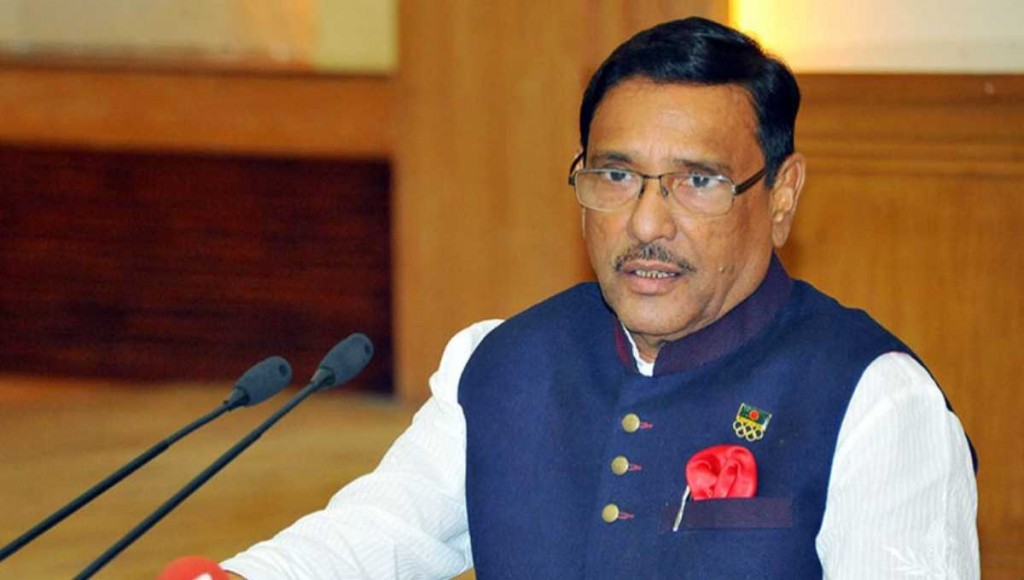 Awami General Secretary Obaidul Quader on Friday said BNP’s decision not to take oath was the repetition of its mistake.
“BNP made a mistake in 2014 by boycotting the general election. Yesterday, the party made another mistake by taking the decision not to take oath as members of parliament,” Quader said.
He came up with the remarks while talking to the reporters after placing wreaths at the portrait of Bangabandhu Sheikh Mujibur Rahman in front of Bangabandhu Memorial Museum at Dhanmandi-32.
Pointing to the submission of a memorandum by BNP-Oikyafront to the Election Commission demanding reelection, Quader said, “They’re doing what the defeated opposition parties do…this is a common post-election scenario; there’s nothing new. This will stop after a few days as people voted for our party spontaneously.”
Quader said, “It’s a disrespect to the verdict of the mass people. The party [BNP] should show respect to the people’s mandate.”