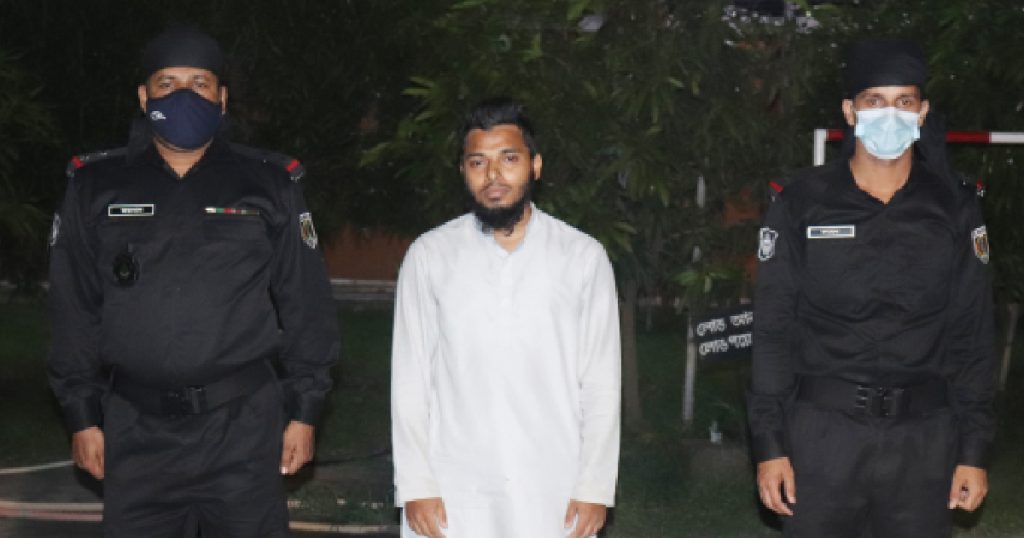 Dhaka, May 28 :  A suspected member of the banned militant group Ansar Al Islam was detained from the capital’s New Market area by Rapid Action Battalion (Rab) on Thursday night.The arrestee is Md Mujahid, 23, hailing from Bhola district.
A special team of Rab-2 conducted a drive at New Way Service Station area at 25 Mirpur Road under New Market ilitant, detained , Dhaka, banPolice Station at 9:05pm on Thursday and detained Mujahid, said a press release on Friday.
The elite force claimed that Mujahid is an active member of militant group Ansar Al Islam and was going to participate in a meeting with other members of the banned group.
A case was filed against him at New Market Police Station under Anti-Terrorism Act, 2009 (Amendment 2013).
RAB-2 has tightened its surveillance as per the information gleaned from another active member of the militant group who was arrested recently.
RAB-2 learned that a member of Ansar Al Islam was going to join a clandestine meeting with other members of the militant group and conducted the drive and detained him.
Mujahid was trying to collect new member for the militant group using social networking sites. He used to take part in secret meetings with other members of the banned militant group, Rab said.
Examining his social networking ID, his involvement with militancy was found, Rab claimed.