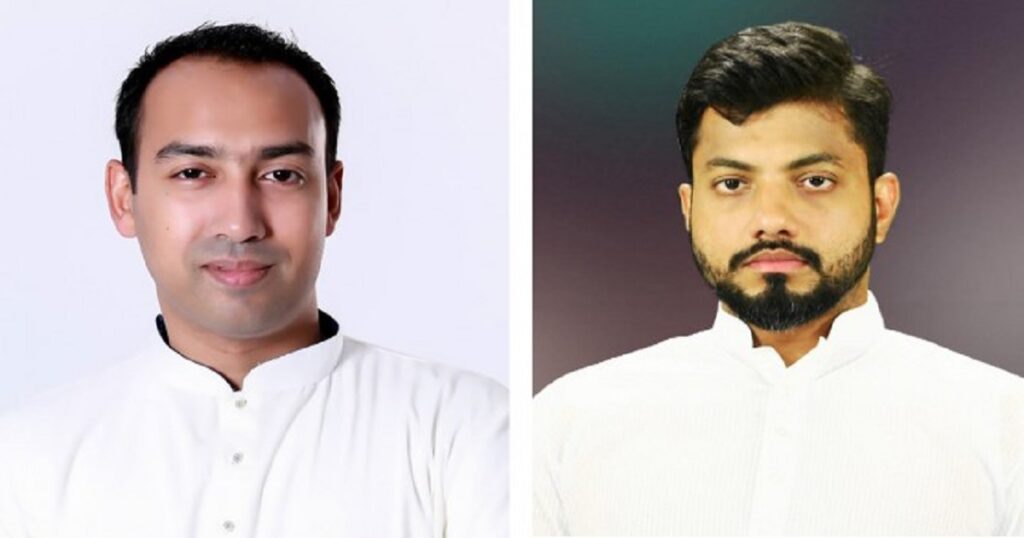 Dhaka, Jan 31 – BNP mayor candidates Tabith Awal and Ishraque Hossain of Dhaka North and South Friday reiterated their call to the Election Commission to hold the two city polls on Saturday in a free and fair manner ensuring the presence of the voters to the polling centres safely. They also urged the voters to go to the polling centres early hours of voting without any fear and cast their votes for the sheaf of paddy, the poll symbol of the opposition BNP.
The two BNP mayoral candidates also expressed their doubts whether the elections would be held in a free and fair manner as they said the EC is conducting the polls using Electronic Voting Machine (EVM) in all the polling booths under the two cities.
After performing his Juma prayers at Gulshan Azad Mosque, BNP backed candidate for Dhaka North City Corporation (DNCC) Tabith Awal told reporters that they all are prepared for today’s election and voters also prepared to cast their votes.
“Now, it is the responsibility of the EC to hold the elections in a free and fair manner ensuring the presence of voters to the polling centres safely.
He alleged that being feared from observing a mass upsurge in favour of the sheaf of paddy, the ruling party quarters are trying to create panic among the BNP leaders and activists.
Earlier, Tabith, who will cast his vote at Manarat School and College centre in Gulshan, went to his electoral office at Karwan Bazar and talked to the party leaders and activists.
He enquired about the overall situation in the respective ward areas and gave necessary directives to them.
BNP mayoral candidate for Dhaka South City Corporation (DSCC) Ishraque Hossain said they are in doubt whether the election using EVM would be held in a free and neutral manner.
“People raise a question as to how the city polls will be manipulated this time as the elections are going to be held using EVM system,” he said adding, “Let us see as to whether the EVM machines remains open till 8:00 am when polling will begin.
“We are receiving news from different sources that EVM machines can be operative before 8:00 am. We will be able to observe it in the morning.”
Meanwhile, Ishraque yesterday had a meeting with the political councillor to the US embassy in Dhaka Brent Christensen on the overall situation of the election.
The meeting held at a hotel in Gulshan began at 12:00m and continued till 12:35 pm.
Replying to a question, Ishraque said if there is any move to grab the polling centres they would guard them. “WE won’t grab any polling centres but will resist any move to grab it,” he said.
Responding to a query, he said, “Only Allah can say what will happen tomorrow. But we can at least say from previous experience what sort of activities will take place during the voting.”
“In a survey, I saw the Sheaf of Paddy (BNP’s electoral symbol) is taking a lead of around 80 per cent in the election,” the BNP candidate said without further clarification.
The ruling quarter is hatching a plan to thwart “the victory of the Sheaf of Paddy” sensing “absolute debacle” in the election, he said. – Staff Reporter