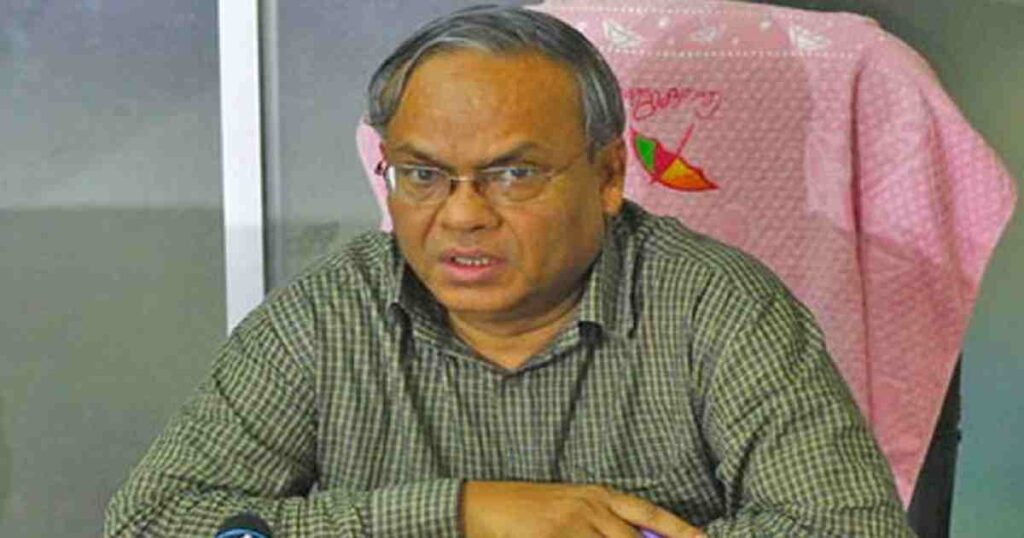 Dhaka, Aug 06 – Criticising the Health Ministry’s move to ‘stop’ drives at hospitals by law enforcers, BNP on Thursday said it has exposed that the government wants to protect those involved in corruption in the health sector.“The Health Services Division issued a circular (to refrain law enforcers from raiding hospitals) which has proved that the government wants to protect corruption as most of those involved in corruption and fraudulent acts in the health sector and giving forged certificates, belonging to the ruling party. This circular has been issued to protect them,” said BNP senior joint secretary general Ruhul Kabir Rizvi.
Speaking at a virtual press conference from Kurigram, he feared that the health sector will face even more dire consequences in the days to come and there will be no service for people. The way corona infections are gradually spreading to remote areas from Dhaka, sick people will be in deep troubles. Such an indication is there in the Health Services Division’s move.”
On Wednesday, Health Services Division of the Health Ministry sent a letter to the Home Ministry asking it to keep law enforcement agencies away from raiding the government and private hospitals.
About the flood situation, Rizvi said the flood-affected people are going through a tough time for lack of relief support by the government. “I’ve arrived in Kurigram from Dhaka to see the flood situation. I also visited some other flood-hit districts. The flood victims are passing an inhuman life for lack of food and shelter.”
He said many houses and cattle washed away by floodwater while huge croplands went under floodwater. “But we haven’t yet seen any government steps needs to take to tackle the flood situation and ensure relief for the victims.”
Amid the flood, Rizvi said the corona situation is deteriorating in Kurigram as both the numbers of infections and deaths are growing in the district for lack of the government’s effective preventive measures. – UNB