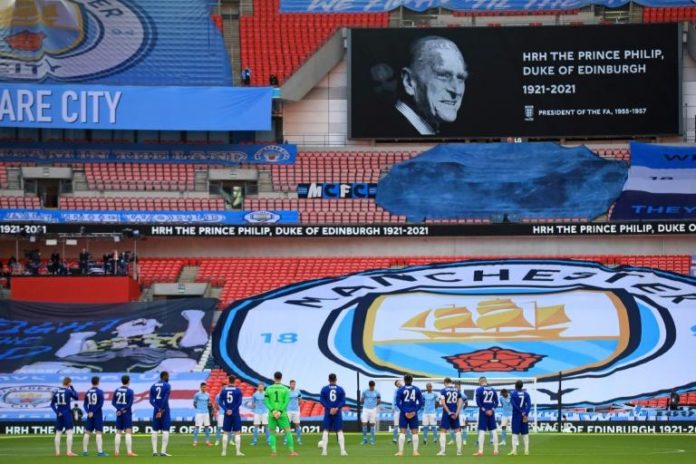 LONDON – British sport stopped to pay tribute to Prince Philip on Saturday with kick-offs rescheduled to ensure they did not clash with the Duke of Edinburgh’s funeral at Windsor Castle.

Several sporting events were moved to avoid a clash with the funeral at 1400 GMT.

Wolves’ Premier League meeting with Sheffield United was moved to a 1915 GMT start, as were matches in the English Championship and Scottish Cup.

An Old Firm Scottish Cup clash between Rangers and Celtic, initially scheduled for 1500GMT, has been moved to Sunday.

Fixures in the Rugby Premiership and County Championship were also rearranged to avoid a clash with the funeral.

High-profile race meetings at Ayr and Newbury, including the Scottish Grand National, have also been moved to Sunday.

No racing took place in Britain between 1345 and 1515 GMT. Meetings at Bangor, Thirsk, Brighton and Nottingham went ahead but with different start times.

An image of Prince Philip was shown on the stadium scoreboard at Wembley before Chelsea’s 1-0 victory over City.