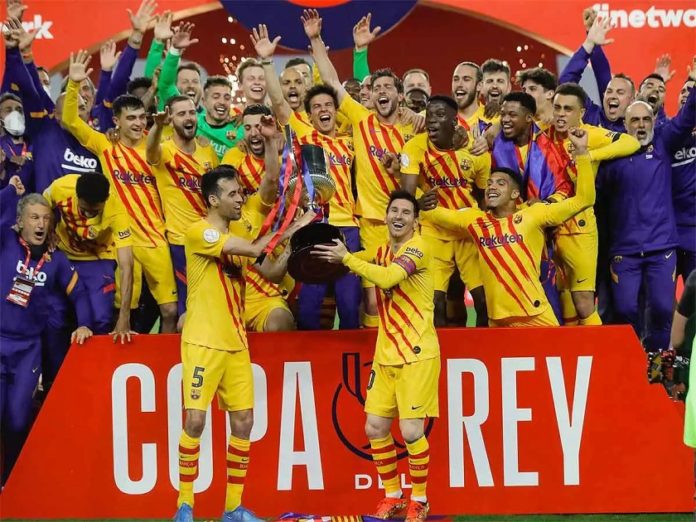 MADRID – Lionel Messi scored twice, including a stunning solo goal, as Barcelona blew away Athletic Bilbao to win the Copa del Rey on Saturday, consigning their opponents to a second final defeat in two weeks.

The cup was won and lost in a whirlwind 12 minutes in Seville, which saw Barca score four times to clinch an emphatic 4-0 victory, with Messi at his devastating best.BSS/AFP