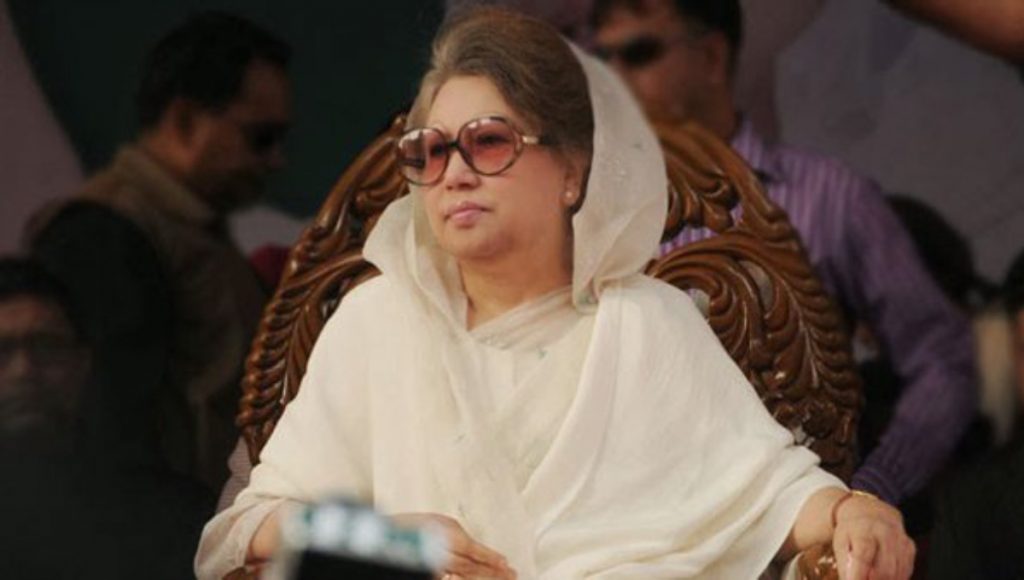 The report will be produced before a High Court (HC) bench which is scheduled to further hear a bail petition of Khaleda on Thursday in Zia Charitable Trust Graft case.

The court also asked the BSMMU VC to inform it three things — whether Khaleda Zia allowed medical board to give her advanced treatment, whether she is being given the treatment and the latest condition of her health.

On February 19, the BNP chief filed a fresh petition with the High Court seeking bail in the case, citing illness.

It was mentioned in the petition that the BNP chairperson is seriously ill and she needs advanced treatment. “Khaleda is not getting proper treatment at Bangabandhu Sheikh Mujib Medical University (BSMMU). She wants to go to London for better treatment if she gets bail.”

Talking to reporters about the BSMMU report, Khaleda’s lawyer Khandker Mahbub Hossain said the BSMMU medical board may mention that the BNP chief did not allow them to give her advance treatment as she denied receiving a vaccine required for it.

He said Khaleda refused to take the vaccine fearing its side effects. “She’s also in doubt whether the BSMMU medical board would be able to tackle the side effects of the vaccine. This’s the main reason for which Khaleda Zia didn’t allow the medical board for initiating the advanced treatment.”

Stating that Khaleda Zia’s condition is very critical, Mahbub said it is now urgent to provide her with international standard treatment.

Meanwhile, Anti-Corruption Commission’s lawyer Khurshid Alam Khan said Khaleda’s bail petition is not acceptable as she has been given advanced treatment at the BSMMU.

BNP Chairperson Khaleda Zia has been in jail since February 8, 2018 as she was convicted in two corruption cases, including Zia Charitable Trust one .

On December 12, 2019, the Appellate Division of the Supreme Court turned down the bail petition of Khaleda Zia in the graft case.

A special court jailed the BNP chief and three others for seven years in the corruption case on October 29, 2018.

On August 8, 2011, the Anti-Corruption Commission filed the Zia Charitable Trust case with Tejgaon police against four people, including Khaleda. They were accused of abusing power in raising funds for the trust from unknown sources.