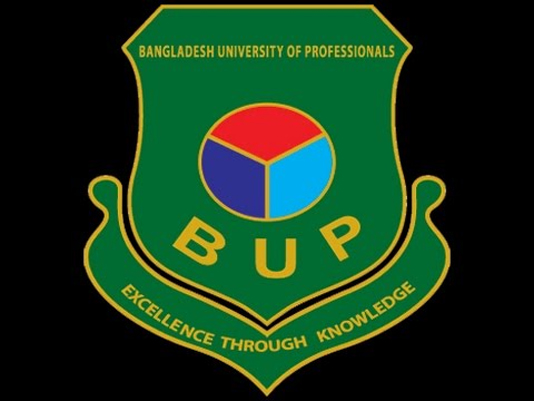 Dhaka, July 21: State-run Bangladesh University Professionals (BUP) appears to have achieved a mark of excellence amid the COVID-19 pandemic through introducing online classes from the very beginning of the its (disease) outbreak in the country.“When the pandemic forced other academic institutions’ shutdown at initial stage, we opted to continue our classes and administrative works online,” BUP vice chancellor Major General Ataul Hakim Sarwar Hasan told BSS.
He said the educational institutions were shutdown on March 17, days after the first three COVID-19 cases were reported while the BUP,run by Bangladesh Armed Forces, launched its online classes on March 22.
Hasan said the Education Ministry and the University Gants Commission (UGC) endorsed the BUP action issuing subsequent directives as “we chose to defy the pandemic through digital means, adhering to Prime Minister Sheikh Hasina’s dream to materialize Digital Bangladesh”.
He said the deans and other faculties of the university decided to opt for digital classes and exhausted their capacities and motivate students to attend online classes.
Hasan recalled that he assumed the charge as the vice chancellor on March 3 while the outbreak of the pandemic was reported on March 8, a situation that prompted him to call a meeting of senior faculties.
“We all realized that the crisis will not end soon, so we decided to offset the pandemic through digital means starting classes virtually,” he said.
Mentioning that no class has been disrupted due to corona situation, the VC said, “We completed the first semester on June 18 and started classes of second semester on time from July 1.”
Hasan said the university managerial bodies like Deans’ Committee, Finance Committee, Academic Council, Syndicate and Senate Session now also hold their meetings using digital means.
He said they kept the final examinations postponed as the University Grants Commission (UGC) and the Ministry of Education advised to take the final exams after reopening the universities.
“We’ll, however, take the final exams after holding classes for two weeks and conducting practical classes after reopening the university,” he said.
In the beginning of launching academic activities virtually, the VC said, the university authorities faced some problems as the students went to their homes without taking textbooks, while some of them had not laptops.
“About 1000-1200 students had no laptops. I took initiative to give them laptops with installments. I have also given Taka 10,000 to over 400 lower income families and internet package to 500 students and faculty members so that they can be linked to the online classes,” Hasan said.
He said that they (teachers and students) are closely connected and he himself is inquiring the students’ wellbeing regularly whether they or their parents become sick.
“I know everything about classes and other activities. There were some challenges, but we overcame those,” the VC added.
Hasan said they have coped up with the situation gradually, adding, “It was our advantage that we have an e-learning mechanism (UCAM) where the teachers upload their respective course materials.”
The VC informed that the students can know everything, including course module and class routine through the UCAM.
“The teachers as well as the students have adjusted quickly with the virtual academic activities as they are young, smart and technology friendly,” Hasan said.
He went on saying: “It’s a positive sign that in the normal time 82 to 85 percent student used to attend the classes, but in the virtual classes their attendance is almost 90-95 percent.”
The VC said they will continue at least one course virtually from January next so that the capacity building grows up and the teachers and students become technology friendly.
Referring to the inadequate internet connectivity in many parts of the country, Hasan said, “We have scopes to improve the internet connectivity as the internet speed fluctuates frequently”.
Initially the teachers faced some hurdles, but later they solved the problems contacting with their respective students personally, he added.
Noting that the university authorities are doing everything to save the students from session jam, the VC said they had formed a committee to identify the technologies which are being used by the Harvard University, MIT and Oxford University for rendering online education.
“We’re taking suggestions from our students who studied abroad … We’re trying to use those technologies as soon as possible,” he said.
Hasan underscored the need for setting up online communication center in every upazila from where each university could take term-wise exams.
“It is quite possible … I’m confident enough about this. All the nations across the globe did it, why we could not?” he said.