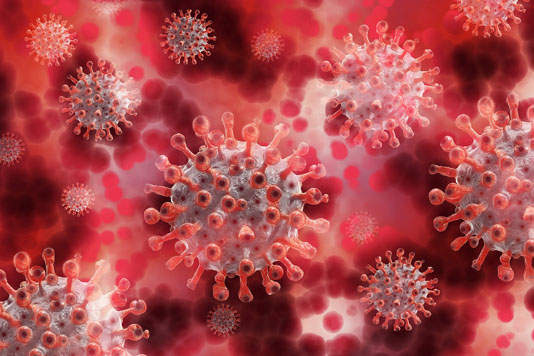 People with cancer are more than twice as likely to die from COVID-19 than those without it, a large study published Thursday found. The data on more than 900 patients in the US, Canada and Spain which appeared in a paper in The Lancet, found that mortality increased further cancer had progressed.
Cancer patients with decreased ability to carry out daily life tasks were more at risk than those with higher functionality.
The paper’s authors looked at how many people died within 30 days of being diagnosed with COVID-19 of all causes.
“The 30-day all-cause mortality was 13 percent, more than twice the mortality reported as the global average by Johns Hopkins,” Toni Choueiri, an oncologist at the Dana-Farber Cancer Institute who co-authored the paper told AFP.
In keeping with previous studies, the team also found that advanced age, male sex, the presence of two or more underlying conditions, and former smoking status were all also tied to increased risk of death.
But the receipt of chemotherapy or other anti-cancer therapies within four weeks of COVID-19 diagnosis did not affect mortality outcomes.
“Taken together, these results suggest that fit patients with cancer and few comorbidities can and should proceed with appropriate anti-cancer treatment,” said Choueiri.
But those who have poor daily life functionality or cancer which is progressing “need to have thoughtful conversations with their oncology providers about risk versus benefit of anti-cancer treatment,” he added.
Bill Cance, chief medical and scientific officer for the American Cancer Society which provided funding for the study, said: “This is a very high impact paper that shows how cancer patients are at higher risk for Covid.”
He added that the paper suggested that the drug combination of hydroxychloroquine and azithromycin may cause a three-fold greater risk of death — an area that needed further exploration.
The authors of the paper themselves said they could not draw a conclusion on this trend because it may have arisen from other factors, reports AFP, Washington.