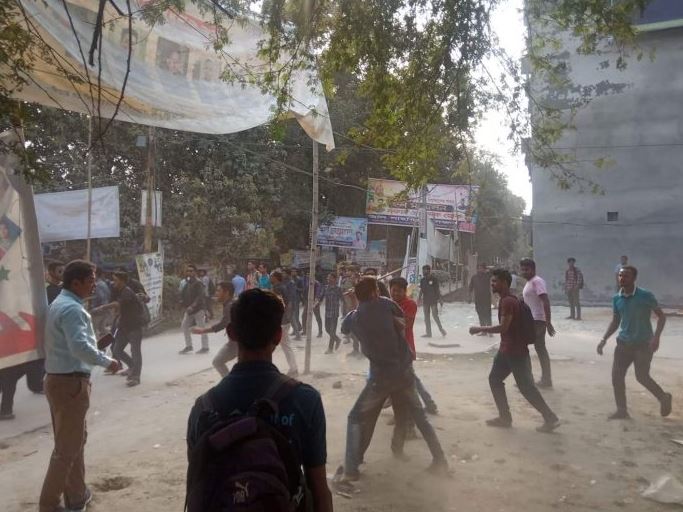 Barisal, November 13 – A local leader of Jatiyatabadi Chhatra Dal, who was stabbed by a juvenile gang in Barishal district town, was accused in a case for assault.

Rafikul Islam Tipu, the convener of BNP student wing’s Barishal College unit, is undergoing treatment at a hospital in Dhaka.
Jamal Uddin, 60, a resident of Kalibari road in Barishal city filed the case accusing 12 people, including Tipu, with Barishal Metropolitan Magistrate Court on Thursday.
According to the case statement, Jamal’s son Jahid Hasan Rajin had an argument with Tipu on November 9 over a trivial matter while Tipu and his accomplices hacked him with a sharp weapon leaving him severely injured.
They also stole Tk 5,000 from Rajin’s pocket and fled.
Meanwhile, locals said Tipu was hospitalised after some miscreants hacked him in a hotel on Kalibari Road on November 7.
Tipu has six stab wounds on the head and another in his abdomen. That’s why he failed to file any case over the matter, said Officer-in-Charge of Kotwali Model Police Station Nurul Islam.
Local supporters of Tipu said the attackers were members of the ‘Abba gang’. – UNB