Denying the science of climate change reputed oil company Exxon Mobil is reportedly planning to go ahead with their program to drilling Arctic for exploring oil and gas. According to some international media this company with BP is holding the drilling rights in more than 1 million acres of the Beaufort Sea in the Arctic.Meanwhile it has been proved by the climate science that Arctic ice has started melting due to the rise in temperature or global warming. Now, if the Arctic is drilled, it would put a negative impact on sea ice, icebergs, permafrost and over all environment of the Arctic zone. As a result the rise in sea level will get faster flooding vast areas jeopardizing global environmental balance!
So Exxon should abandon their Arctic drilling program for the protection of our dear Earth! It may be mentioned that the Shell Oil appreciating the climate science proven facts have recently given up their plan to drill Arctic for oil and gas exploration. It is sincerely hoped that Exxon Mobil will follow suit.
Yours truly,
Professor M Zahidul Haque
Department of Agricultural Extension & Information System
Sher-e-Bangla Agricultural University
Dhaka. 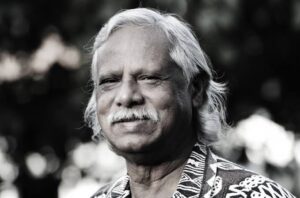