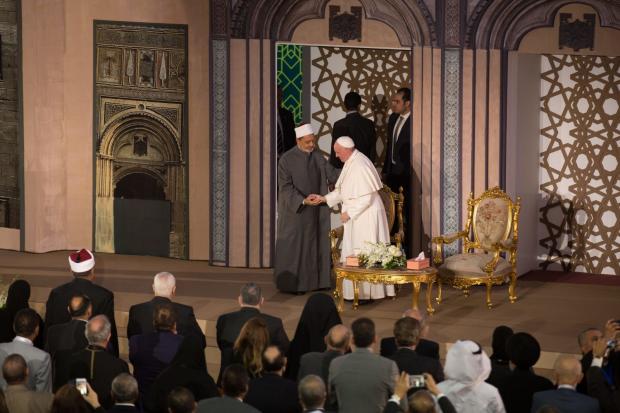 by Hans Dembowski
In politics, there are two different ways to refer to religion. One is to pretend to be exerting God’s will; the other is to spell out the ethics of one’s faith.The first approach is dangerous and ultimately undemocratic because it excludes anyone who does not belong to this particular faith. Moreover, it claims to be guided by something superior to democratic deliberation. The latter approach, by contrast, fits democratic principles. Its thrust is inclusive and typically prioritises the common good over special interests.
We are living in turbulent times. Right-wing populists have been gaining ground around the world. Often, though not always, they manipulate religious sentiments. Prominent examples include Narendra Modi in India and Jair Bolsonaro in Brazil. Claiming to have a divine mandate, of course, makes it easier to do away with constitutional rules and conventions. Even US President Donald Trump, who is not known to observe Christian values, cultivates his ties to his Evangelical base.
It is fascinating to contrast how the populists act with the attitude of Pope Francis. His demeanour is humble rather than overly assertive. His attitude is one of acceptance, not of division. His message is based on the Bible but is argued in such a reasonable way that it makes sense to people even if they do not belong to his church.
Faith leaders of many denominations take similar approaches. Political leaders can do so too. In India’s independence struggle, Mahatma Gandhi, a devout Hindu, rallied people with an inclusive message of non-violent action. His less prominent ally was Abdul Ghaffar Khan, a Pashtun Muslim. When the Camp David Peace Accords were signed in 1978, US President Jimmy Carter, Israeli Prime Minister Menachem Begin and Egypt’s President Anwar el-Sadat were all inspired by their respective faith. Carter is Protestant, Begin was Jew and Sadat Muslim. Indeed, all major faiths preach peace. They also foster ideas of justice and charity. Around the world, faith-based organisations are promoting literacy. Self-moderation is a common tenet, and yes, environmental sustainability requires us all to live within our means.
In past decades, international development agencies largely shied away from religion. To some extent, they cooperated with faith-based organisations, but they were basically guided by a misconception of secularism. The idea was that public agencies should stay completely clear of non-scientific belief systems. A healthier understanding is to keep an equidistance to belief systems. The point is that their ethical foundations have much in common. In attempts to bring about social change, it does not help to circumvent people’s worldviews.
Religion shapes lives, and that is particularly so in developing countries. All religions can be used for identity politics. On the other hand, it does not make anyone cooperative to their faith rejected, whereas referring to a religion’s ethical principles can be quite effective. It, therefore, makes sense for development agencies such as Germany’s Federal Ministry for Economic Cooperation and Development to reach out systematically to faith-based organisations and emphasise shared values.
We live on a small planet. If we want to live in peace, we must cooperate, and that includes faith communities. The motto of the Sustainable Development Goals resonates among them. It is to leave no one behind.
Hans Dembowski is editor in chief of D+C Development and Cooperation / E+Z Entwicklung und Zusammenarbeit
euz.editor@dandc.eu
27/09/2019