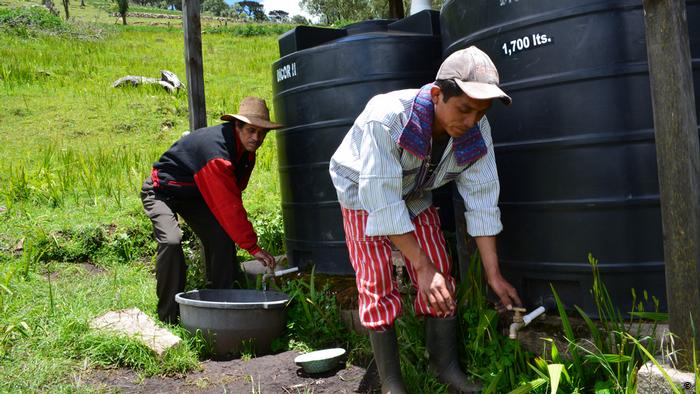 Over 160 people were killed for trying to protect the environment in 2018, says NGO Global Witness. While the Philippines tops the list with 30 deaths, the number of killed activists nearly quintupled in Guatemala.164 people lost their lives worldwide last year as a result of conflicts in the agricultural industry, timber industry and mining sector, a study conducted by the NGO Global Witness revealed on Tuesday.
It said that much of the persecution of environmental activists is being driven by demand for the land and raw materials needed for products we consume every day, including food, mobile phones and jewelry.
Read more: World marks earliest ‘Earth Overshoot Day’
Global Witness blamed investors, including development banks, for fueling the violence by financing abusive projects.
“It’s not good enough for foreign multinationals that are connected to these land grabs to profess ignorance,” the report said. “They have a responsibility to proactively ensure that the land they are profiting from has been leased legally, with the consent of the communities who have lived on it for generations.”
In absolute figures, the Philippines tops the list with 30 deaths, while in Guatemala alone, the number of killed activists increased more than fourfold in 2018. In India, too, the number of registered deaths rose sharply.
‘A threat to everyone’
“This violence is a human rights crisis but it is also a threat to everyone who depends on a stable climate,” said Vicky Tauli-Corpuz, UN Special Rapporteur for Indigenous Peoples.
The overall number of those killed in 2018 dropped from the year before, but that doesn’t mean there is a decline in violence, said Global Witness. The NGO explained that it’s instead a result of increasingly strong censorship and restrictions on freedom of the press. Many killings therefore are not reported.
Read more: EU devouring natural resources at unsustainable rate: report
The number of unreported cases, for instance in African countries, is presumably significantly higher, said Alice Harrison, senior campaigner at Global Witness. “It is a brutal irony that while judicial systems routinely allow the killers of defenders to walk free, they are also being used to brand the activists themselves as terrorists, spies or dangerous criminals,” she added.
Activists are being criminalized not just in countries where the rule of law is weak, but also in advanced democracies, the NGO said. It pointed out that three anti-fracking protesters were condemned to prison in the UK last year. The case “has stirred fears that the law is being used to shut down legitimate environmental activism,” said Global Witness. – Human Rights Watch