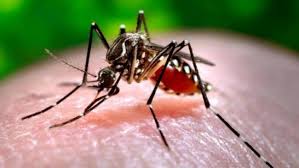 Dhaka, July 30 – At least five people died of dengue on Tuesday, as the menace the of mosquito-borne fever spreads across Bangladesh. Two out of those five deaths happen outside of Dhaka.Three of the deaths occurred in the capital, while two other dengue patients died in Barishal.
The dengue outbreak which presumably started in the capital has now spread across the country, affecting people in 63 out of 64 districts, according to Directorate General of Health Services (DGHS).
According to DGHS data, the number of dengue patients outside Dhaka which just a week ago was bellow 100 had jumped up to 1,845 yesterday.
With five deaths yesterday, the unofficial tally of death in dengue reached to 38 even though government data claims that only eight persons died till Monday in dengue fever.
As of yesterday, the number of patients diagnosed with dengue this year stood at 15,369 out which 88 percent patients were from the capital and the rest from the other districts.
Among the five deaths, three persons died at Dhaka Medical College Hospital (DMCH). The victims were identified as Farzana who resided in New Eskaton area in the capital city with her family and Liton Hawlader, 25, son of late Majid Hawlader, of Bauphal upazila of Patuakhali and Upendra Mondol.
Meanwhile, two persons died at Barishal Sher-e-Bangla Medical College Hospital (SBMCH). The SBMCH dengue victims were Aslam Khan, 24, of Bakerganj upazila in Barishal and Sohel, 18, of Kawkhali upazila in Pirojpur district.
To tackle the alarming situation of dengue, the government has already cancelled leaves of all the officials of the Ministry of Health and Family Welfare.
Minister for Health and Family Welfare Zahid Malik has formed a separate Monitoring Cell at his office to monitor the ongoing outbreaks of dengue diseases and to monitor the ongoing activities of the Ministry of Health.
According to a ministry directive, the ‘Minister Monitoring Cell’ will take necessary action if any breach of government directive regarding the dengue disease testing fee is taken. – Staff Reporter